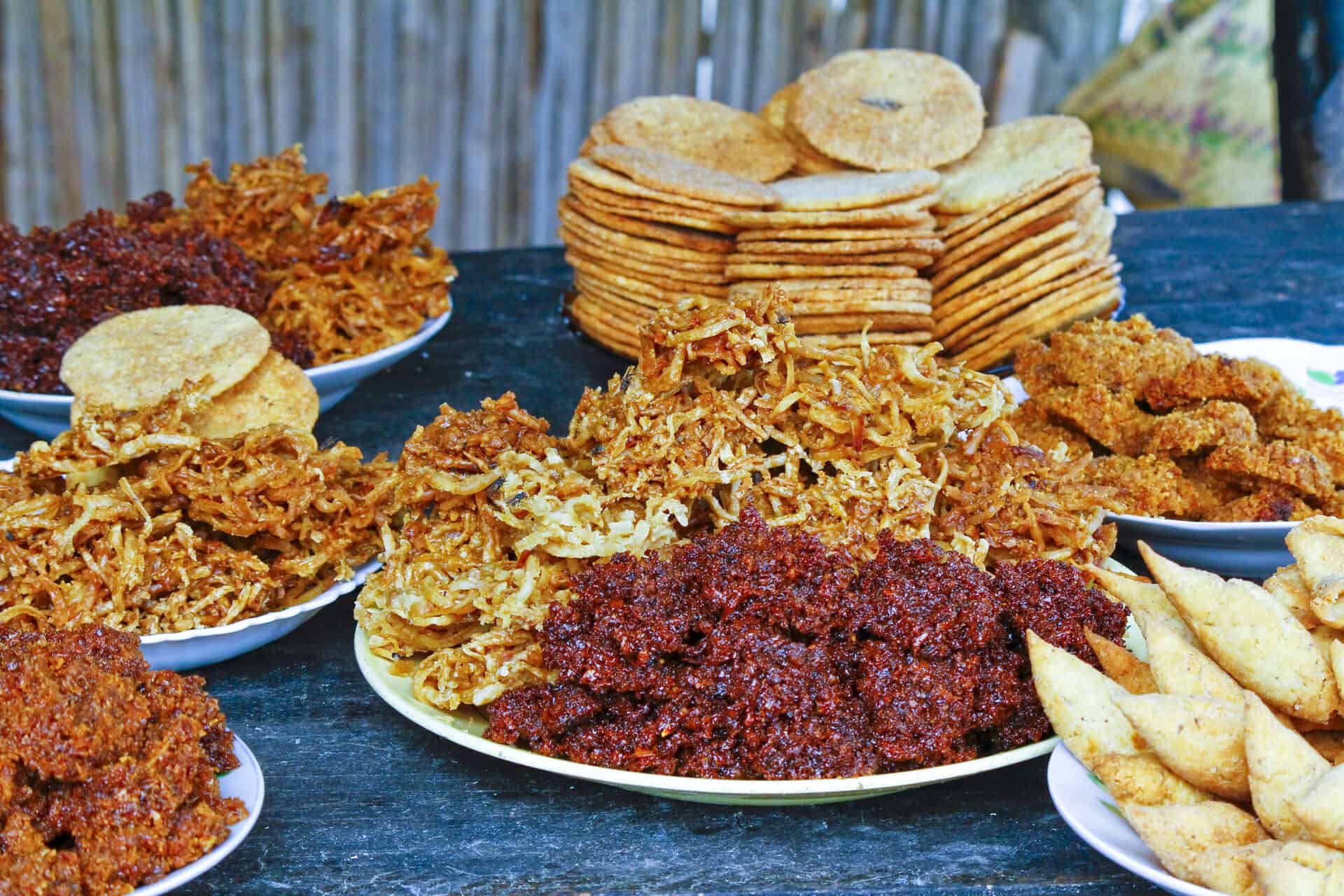 Madagascan – or Malagasy – cuisine sits like the island itself between the flavours of Africa and southeast Asia.

Taking the most flavoursome ingredients from both these continents, Madagascan foods have also adopted the best from the European influence of the country’s French period.

Madagascan cuisine manages to blend all these distinct ingredients together into a unique list of foods that combine curries with cassava and crevettes (shrimp and prawns).

Here are the most mouth-watering of Madagascar’s foods to try, whether you’re lucky enough to be visiting the island itself, or the second-best thing of heading to one of the authentic Malagasy restaurants popping up in cities across the world.

Considered Madagascar’s national dish by many, Romazava is a traditional stew of meat and greens usually served over a healthy portion of rice – like most meals in Madagascar.

It is generally made using beef that is cooked for hours until so tender that it falls apart at the merest touch of a finger or fork.

Romazava’s other main ingredients include mixed leafy greens such as cassava (manioc) leaf, alongside onions, garlic, and an array of aromatic spices the exact blend of which changes from chef to chef.

It often has a spicy kick due to the addition of mustard leaves, ginger, and anamalaho, a leaf with a citrus tang.

Another beef dish coming from the island, zebu is a locally-farmed breed of cow, with impressive horns and meat that is deep in flavour.

Simply translating as ‘beef’, zebu can be served in a number of different ways, including skewered and grilled over open coals as brochettes, often eaten as a snack on the street, or roasted and accompanied by vegetables and rice in more upmarket sit-down restaurants.

Comprising crushed or finely chopped cassava leaves, ravitoto is a dish with flavours similar to spinach or other slightly bitter leafy greens.

It can be served alone, as an accompaniment to rice, with or without coconut milk to loosen it, and with spices to blend with the leaf’s natural flavours.

However, ravitoto can also be served alongside meats such as beef and pork, where it provides a contrasting flavour to the richness of the meat.

A firm favourite on the streets of Madagascar, mofo anana and mofo baolina are deep-fried savoury beignets or doughnuts, somewhere between a bhaji and a pakora.

What differs between the two types of mofo is what they include in the liquid batter before they are fried.

Mofo anana literally translates as ‘leafy green bread’ since these rough balls contain narrow strips of leafy greens in addition to their spices.

Mofo baolina is the plainer version of mofo anana, most comparable to a doughnut without the sugar.

Both are generally served with a dipping sauce made up of chilli and ginger.

Looking a little like a fillet of beef when whole, koba akondro is actually a steamed banana and peanut cake.

Made from rice flour and brown sugar in addition to crushed bananas and peanuts, koba is a dense cake similar to other steamed puddings around the world.

It is usually formed into the shape of a log and tied with banana leaves before being steamed, and takes its subtle if rich sweetness from the natural sugars of its ingredients.

This green pepper sauce is one of the dishes adapted from French cuisine during that country’s colonisation of Madagascar.

Its deep green colour and great taste can be served as an addition to plain rice, or as accompaniment to meat dishes such as zebu.

One thing’s for sure, this sauce is bound to be recently prepared, adding a fresh zestiness to whatever you eat it with.

A whitish curry or stew in appearance, the main ingredients of akoho sy voanio are chunks of chicken with coconut milk and tomato on a base of onion and spices.

As a result, it’s not as hot on the palate as other Madagascan foods can be, but no less sumptuous for that.

Traditionally akoho sy voanio is a meal enjoyed during the Christmas period, though this sumptuous chicken concoction is increasingly common throughout the year.

Surprisingly perhaps, given the ubiquity of chillies in Madagascar’s markets, many of the country’s best-known dishes aren’t actually that hot on the tongue.

That said, its unlikely you’ll come across a meal that isn’t also served with sakay on the side, a spicy condiment made from chilli peppers ground into a rough paste.

With everyone making their own sakay to different degrees of intensity using different types of chilli, it’s always wise to taste this sauce with caution on the first instance, especially if you don’t readily eat hot foods!

Simply translating from the French as Madagascan tilapia, this fish dish sees grilled tilapia served whole alongside a blend of tomatoes, leafy greens, onion, ginger, and a smattering of aromatic native spices.

It can be a little off-putting if you don’t like seeing fish heads on your plate, but the perfectly-cooked flesh is easy enough to remove from its bones.

The relatively plain taste of the fish itself also acts as a great canvas for the flavour-filled sauce.

Using a similar ingredients list to tilapia à la Malagasy, the nation’s crab curry is another popular dish which shows off the produce of the island’s fishermen to their best.

The sauce to this curry is created from tomatoes and onions that have been gently fried off before chunks of crab complete with shell are added.

A relatively simple dish to create, it is often served with fresh coriander, which perfectly compliments the sweetness of the crab meat and sauce.

Most commonly described as Malagasy bread (although French-style baguettes are also widely eaten), mofo gasy can be more closely likened to blinis or bite-sized pancakes.

Made using rice flour, water, and yeast like any dough, mofo gasy also have a little sugar and coconut cream added, moving these delightful morsels from savoury to sweet.

To try mofo gasy your best bet is to seek them out in the morning, since they are often eaten as a breakfast alongside fresh fruit, fruit juice, or a cup of refreshing tea.

Something in the region of 95% of the world’s vanilla is grown in Madagascar, so if you’ve ever enjoyed a scoop of vanilla ice cream, you’ve probably already tasted one of Madagascar’s top exports.

In the country itself, vanilla is not reserved solely for desserts and sweet snacks. Particularly in coastal areas, vanilla is also added to lobster and even chicken dishes.

The addition of vanilla to these dishes adds a flavour note that is not immediately recognisable as the flavour of so many western desserts, creating a real richness and roundness of flavour to the dishes it is used in.

A side dish served with a number of other dishes, lasary is a plate made up of finely-chopped vegetables that have usually been pickled or had a vinaigrette added to their dish.

The top vegetables you’re likely to find in any lasary are carrot, red peppers, green beans, onions and tomatoes.

A popular version of lasary is lasary voatabia, based around chopped tomatoes with fresh parsley, creating a dish akin to tomato salsa.

Be warned though, as lasary can also refer to a dish of pickled lemon and mango (which is well worth a try), so be sure you’re getting the right one!