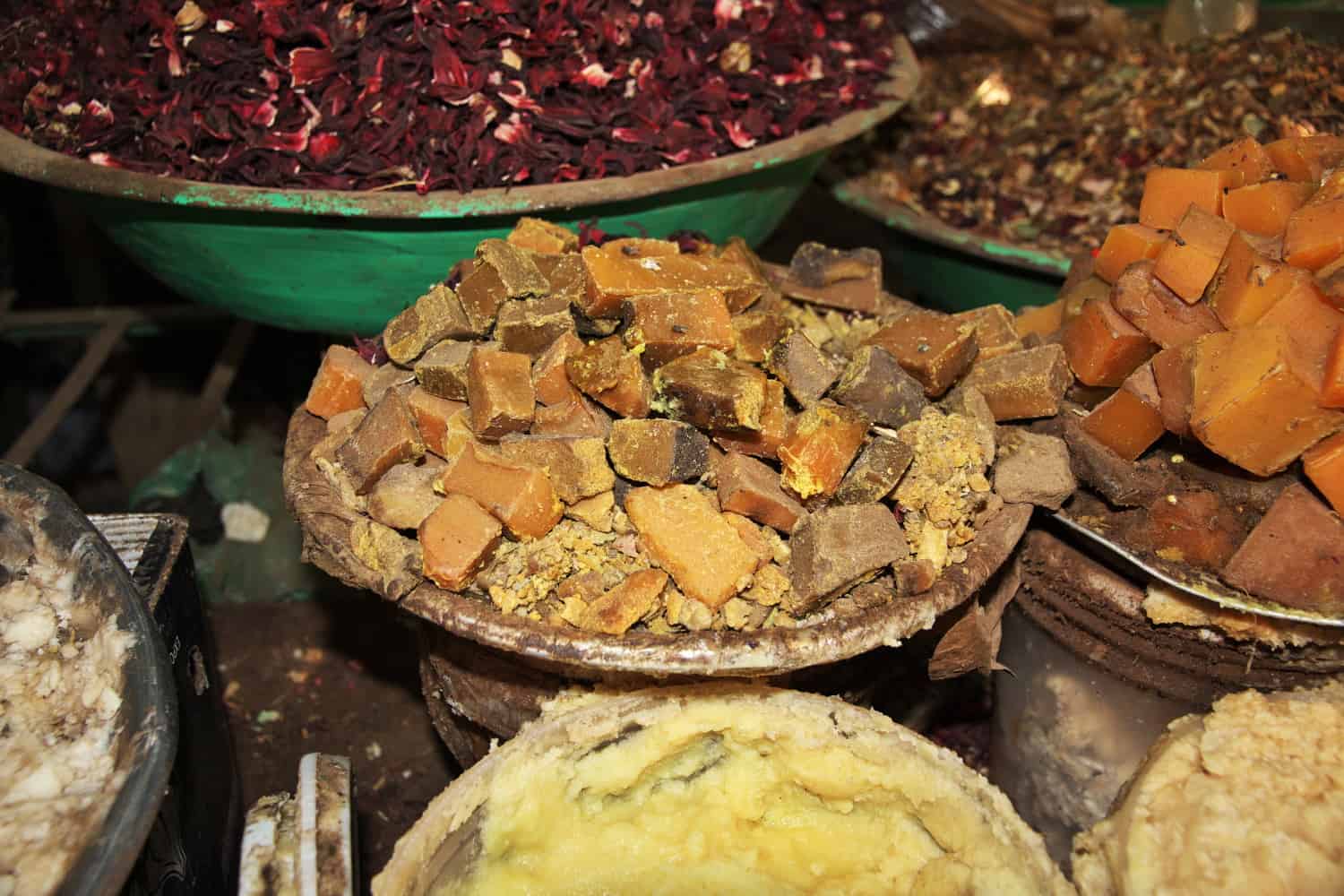 Sudan has been a bridge between the countries of Arab North Africa and those south of the Sahara Desert since the time of the Egyptian pharaohs several thousand years ago.

This means that Sudan’s traditional dishes are a blend of Middle Eastern and East African cuisines in particular.

Mediterranean flavours were added into the mix after being brought along ancient trading and pilgrimage routes towards Mecca, and were reinforced during the time that Sudan was governed by the Ottoman Empire.

It was this culture that brought vegetables like peppers, fruits including apricots, and spices such as cardamom to the country.

Here are the best sweet and savoury traditional dishes from Sudan. 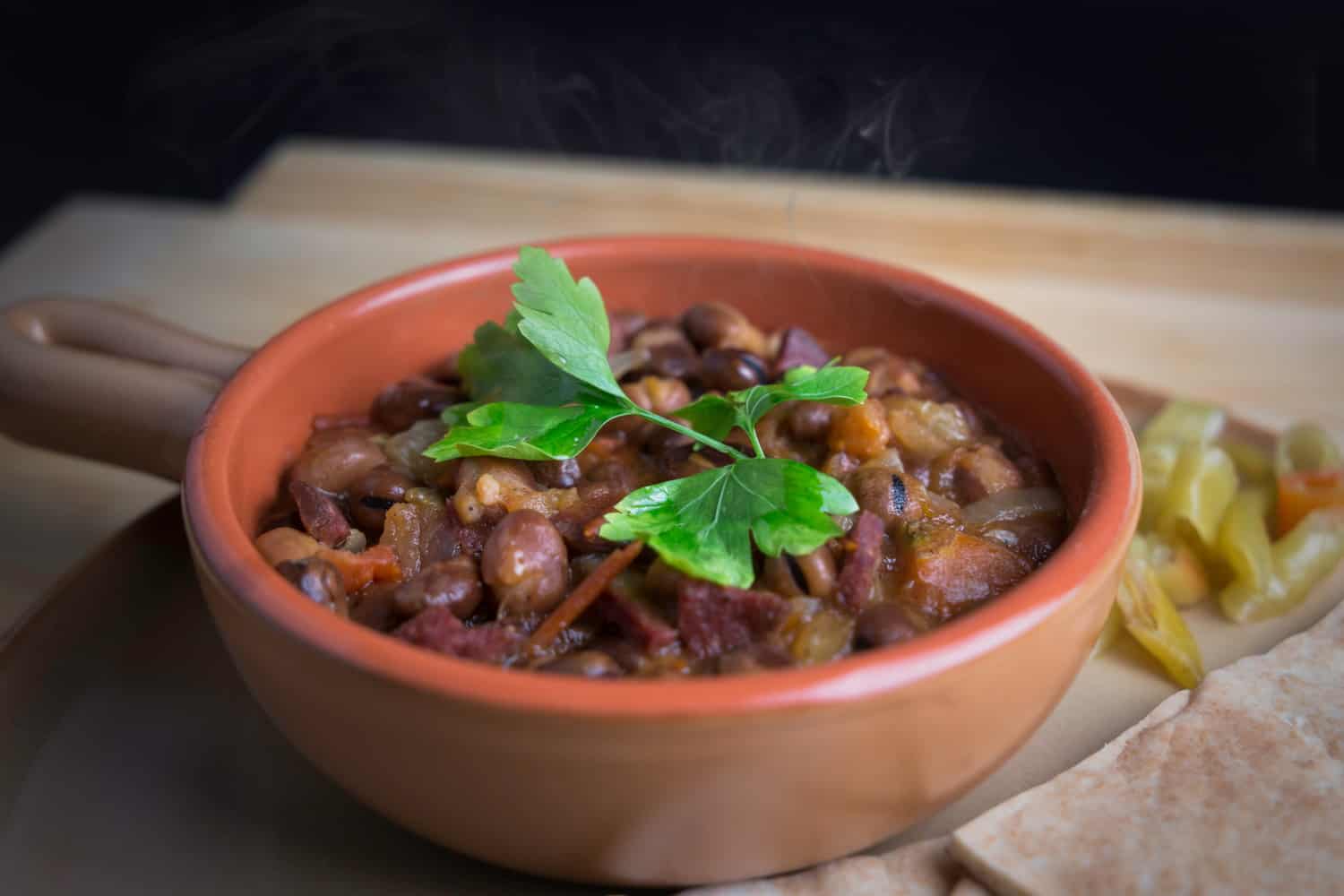 Vegetarian-friendly ful medames is traditionally one of Sudan’s most common breakfasts, although it can be found in eateries right throughout the day, where it bubbles gently in large vats overheat until a portion is ordered.

Common in Arab nations, it reached Sudan via Egypt and comprises a stew of fava beans, which are also known as broad beans.

The beans are stewed in a mix that contains spices, garlic, lemon juice and a small amount of chilli pepper heat.

Ful is often served drizzled with olive oil and topped with either cooked or raw onions, as well as slices of hard-boiled eggs.

In a part of the world where eating with the fingers is common, flatbreads are used in place of cutlery to scoop up the beans, though spoons can also be used.

Another breakfast dish that can be consumed throughout the day is medeeda, a semi-liquid porridge drink made from red (or finger) millet.

The millet seeds have to be ground into flour before they can be used to make medeeda, a time-consuming task that traditionally falls to Sudan’s women.

The flour is then boiled up with a little water, although for extra flavour sesame or peanut butter and sugar can be added.

It is usually served finished with a large spoon of local yogurt.

The name gibna bayda simply translates from the Arabic as ‘white cheese’, which is a pretty accurate description of this Sudanese dairy product.

A relatively soft cheese, it has a colour and texture that approximately matches that of Greek feta cheese, which may not be as surprising as it sounds given Greece was also part of the Ottoman Empire for several hundred years.

Unlike feta, salt is added directly to the milk before it is turned into cheese, creating a slightly stronger taste as a result.

While it is typically made using the milk from Sudan’s cattle, it can also be made using sheep and goats’ milk.

Kajaik is a fish stew that originated in what is now independent South Sudan, but remains equally popular in regions in the north too.

It is made using the flesh of freshwater fish pulled from the country’s rivers using artisanal nets. For while Sudan may bring up images of desert landscapes, it is bisected by perhaps the greatest river in the world – the Nile – with two major tributaries uniting at the capital, Khartoum.

Relatively simple when it comes to ingredients, the fish is accompanied in the stewing liquid by a little millet flour, and some margarine.

Meat of all kinds is relatively sparse in Sudan, and largely reserved for ceremonial occasions, although it can be found in restaurants. The country’s stock of cattle is predominantly reared instead for its milk.

Hardcore meat eaters should look out for shaiyah, a dish which consists of cubes of meat shallow-fried in a pan with garlic, onions, herbs, and spices.

Beef chopped into bite-sized pieces is normally used, though other red meats like lamb make for a very suitable replacement.

In addition to the meat itself, shaiyah can be served with large chunks of fat, which are believed to impart extra flavour, and are some of the most prized pieces on a plate.

Due to its limited agricultural land, fresh vegetables are something to be celebrated should you be travelling in Sudan.

A lot of vegetables are imported in tins from elsewhere in the Arab world, or pickled – which are fantastic in their own way, and described later.

Salatat dakwa is a salad of fresh tomato, cucumber, and spring (scallion) onions chopped into small pieces. It is not unlike Egyptian baladi in this respect.

How it differs is through the addition of peanut butter, an ingredient common in sub-Saharan Africa by pounding and grinding down crops of peanuts (groundnuts).

After the chopped vegetables and peanut butter have been combined, the dish receives a generous drizzle of lemon juice, which provides tanginess and helps loosen the fatty butter.

Bread plays an important role in Sudanese cuisine, with kisra being one of many common types.

Although flat, and baked in large coin-like discs, kisra does not meet the definition of a flatbread because it contains yeast.

Made using either durra (sorghum) flour or wheat flour, the bread is cooked on a large metal tray or sheet placed directly over a source of heat.

Kisra is so popular that in 1995 Sudan used somewhere in the region of 20,000 tons of sorghum flour.

An alternative to kisra is gourrassa, a true flatbread also made using wheat flour. It has an appearance similar to a pancake, and is popular in the northern parts of the country in particular, where it is enjoyed alongside stews.

Cooked in a large pot over an open fire, miris is a type of stew that contains chunks of starchy cassava, onion, and okra.

Like shaiyah, it also contains chunks of animal fat, in this instance lamb fat, which partially melts into the stew as it cooks imparting a rich aroma of lamb.

Miris is served with either bread or rice, two sides which ensure that the luscious broth is not wasted.

The Sudanese variant of kofta is intriguing because it combines a Middle Eastern meatball with flavours from the southern provinces that since 2011 have formed the independent nation of South Sudan.

As a result, these lamb meatballs are served in a rich and spicy tomato-based sauce. The meatballs tend to be prepared and cooked off separately to the sauce, with onion and spices.

Only once partially cooked are the kofta added to the sauce, which is packed full of flavour through the use of freshly-chopped tomatoes, tomato paste, and spices including coriander, cinnamon, and cumin, flavours more usually associated with the Indian subcontinent.

Gollash probably entered the Sudanese kitchen from Egypt. It can come in a number of different forms, as an individual pastry-wrapped ‘pie’, or as a ‘tray bake’.

The preserve of upmarket restaurants in the country, you’re unlikely to find gollash in smaller places to eat, though it is common in Sudanese restaurants aboard.

When it comes to its form, gollash is a mix of filo pastry and minced meat – usually lamb. Vegetarian versions can be made which replace the meat with cheese.

Unlike in other dishes with a powerful spice blend, the meat in gollash is only gently flavoured, with salt, black pepper, and parsley.

Once cooked, the meat is layered with sheets of filo in a baking dish to form something similar to a sauce-less lasagne. The uppermost sheets of filo are brushed with an egg-wash to give the dish a rich golden brown in the oven after the pastry has cooked.