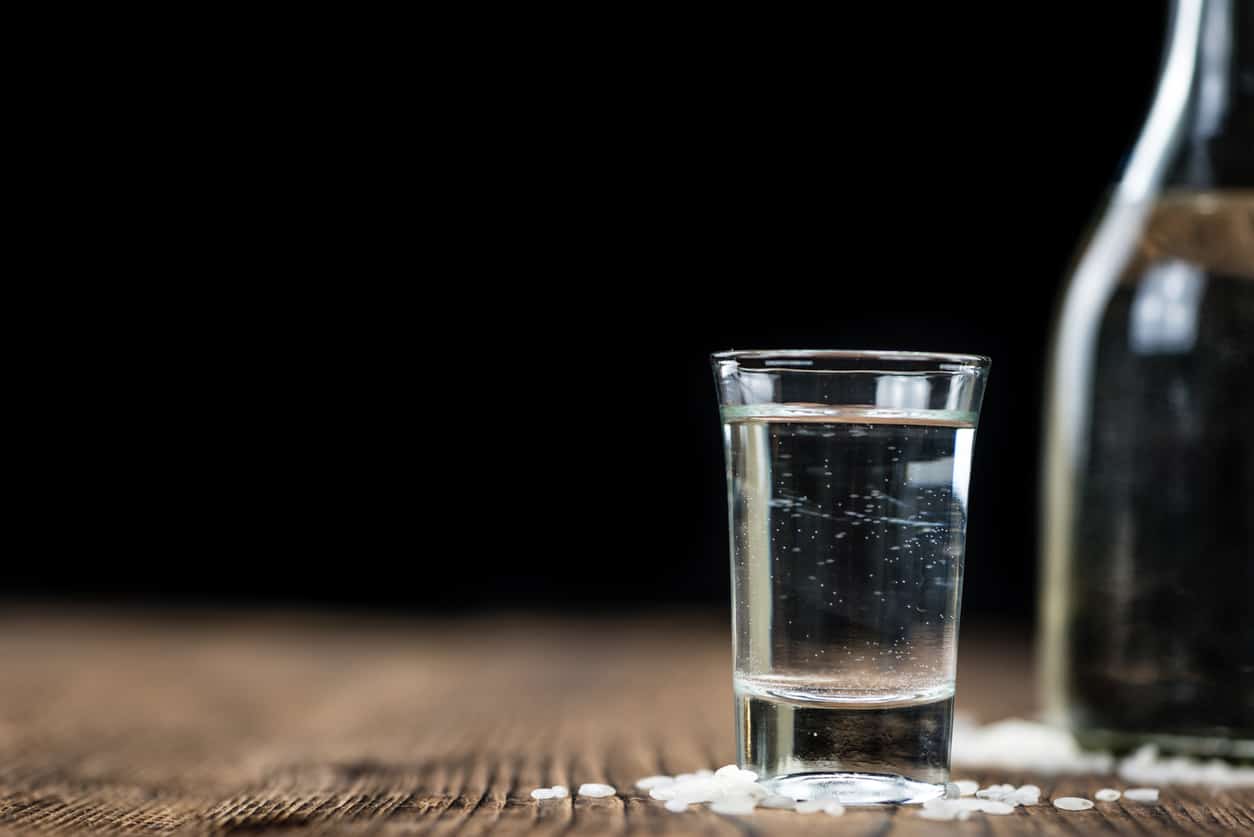 Sake is a drink made from high-quality rice, clean water and koji mould.

In Japanese, sake means ’alcoholic beverage.’ The sake in question —a fermented rice beverage— is nihonshu.

It has been produced in Japan for over 2500 years and is gaining international popularity because of its quality, and the current trendiness of Japanese cuisine.

Sake is made by mixing rice, water and koji mould together in a specific process that has been modified over centuries.

Its scent is slightly fruity and nutty, like a milder version of wine’s aroma. Sake’s mild aroma will disappear a few minutes after you pour the drink into a glass.

The drink is smooth and light. It is easy to take without leaving you feeling heavy.

However, it leaves a bit of an aftertaste. Koji gives the sake a scent that is a combination of potato and mushroom aromas.

Koji is the most important factor in the sake brewing process. Different breweries make Koji in different ways, but they all consider it sacred.

Sake has a glutamic acid content, which gives it a rich flavour. A bottle of sake will contain up to twice the amount of acid as a bottle of wine. Its acidic content adds to the umami flavour of the drink.

Sake tastes slightly like white wine because they are both dry, smooth beverages.

Cold sake tastes like very dry white wine, but some others are more flavourful.

The hot sake that you drink in winter is the one that tastes like vodka. This is because you can feel the alcohol going straight to your head.

Some people also think sake has a familiar aroma and aftertaste that is reminiscent of sherry.

Despite the similarities, sake is sweeter than wine. Besides, it has more calories than wine.

One hundred grams of sake contains 103 calories, whereas wine has about 83 calories for the same amount.

Is Sake Similar to Vodka?

Sake and vodka are both alcoholic beverages, although vodka is stronger than sake. However, the fermented Korean beverage has a sweet, fruity aroma, while vodka is strong alcohol.

Sake isn’t a clear spirit like vodka, it is a fermented rice beverage. In most cases, they are only half as strong as whiskeys and vodkas.

Another evident difference is in how they are consumed. Vodka is taken with shots, but sake is sipped from a small cup.

The alcohol level in diluted sake ranges from 10% to 15%, which makes it slightly more alcoholic than wine.

The overall alcohol content of sake ranges from 10% to 20%, the average being around 15% or 16%. Sake tends not have the same effect as wine.

Not all types of sake have an astringent flavour, a lot of them are fruity and mildly flavoured.

Sake’s alcohol by volume is usually around 15% to 17% which means it is more potent than most wine. In fact, sake is 2% to 3% more alcoholic than red wine.

Sake is clear and is usually served in small glasses. This makes many people believe it is as strong as rum or vodka.

Sometimes, sake is compared to soju. Soju is a distilled South Korean beverage, while sake is a brewed Japanese rice beverage.

Although both drinks have some similarities, they have many apparent disparities.

Soju has a much stronger aroma than sake. From soju’s scent, you can tell what ingredients were used to make it. Sake has a mild and flowery aroma.

How to Drink Sake

When you drink sake the traditional way, you use a sake set.

It usually consists of a ‘tokkuri’ and an ‘ochoko.’

There are two basic ways to drink sake:

Some sakes are better when they are drunk hiya style, and some are better atsukan style. Some are great both ways.

The scent and taste of the sake could change dramatically based on the temperature of the sake.

In Japanese custom, you pour drinks for another person but not yourself.

When you are being served the sake, raise the cup and hold it with both hands. Wrap one hand around the sides and support the bottom with the other one. The person next to you will pour the sake from a tokkuri.

When it is your turn to pour the sake, make sure you serve it with both hands as well.

When sake is in good condition, it is clear. If it gains a brownish tint, it means the sake is approaching oxidation.

The sake should smell tropical, floral, like rice or fruity. If it smells burnt or musty, the sake is going bad.

Drinking sake is quite similar to drinking wine. Sake is to be sipped, not taken as a shot.

If you want the sweetness to last longer on your tongue, take in some air while drinking the sake. You can even make cocktails with the sake to give them a more intense flavour.

Take your time to try different types of sake, and to drink it at different temperatures. This will let you know what kind of sake you like.

There are different types of sake, so at the end of the day, the most advisable way to know what sake tastes like is to find out by yourself.

Sake has a slightly different taste to everyone, so don’t just take our word for it, taste sake yourself!