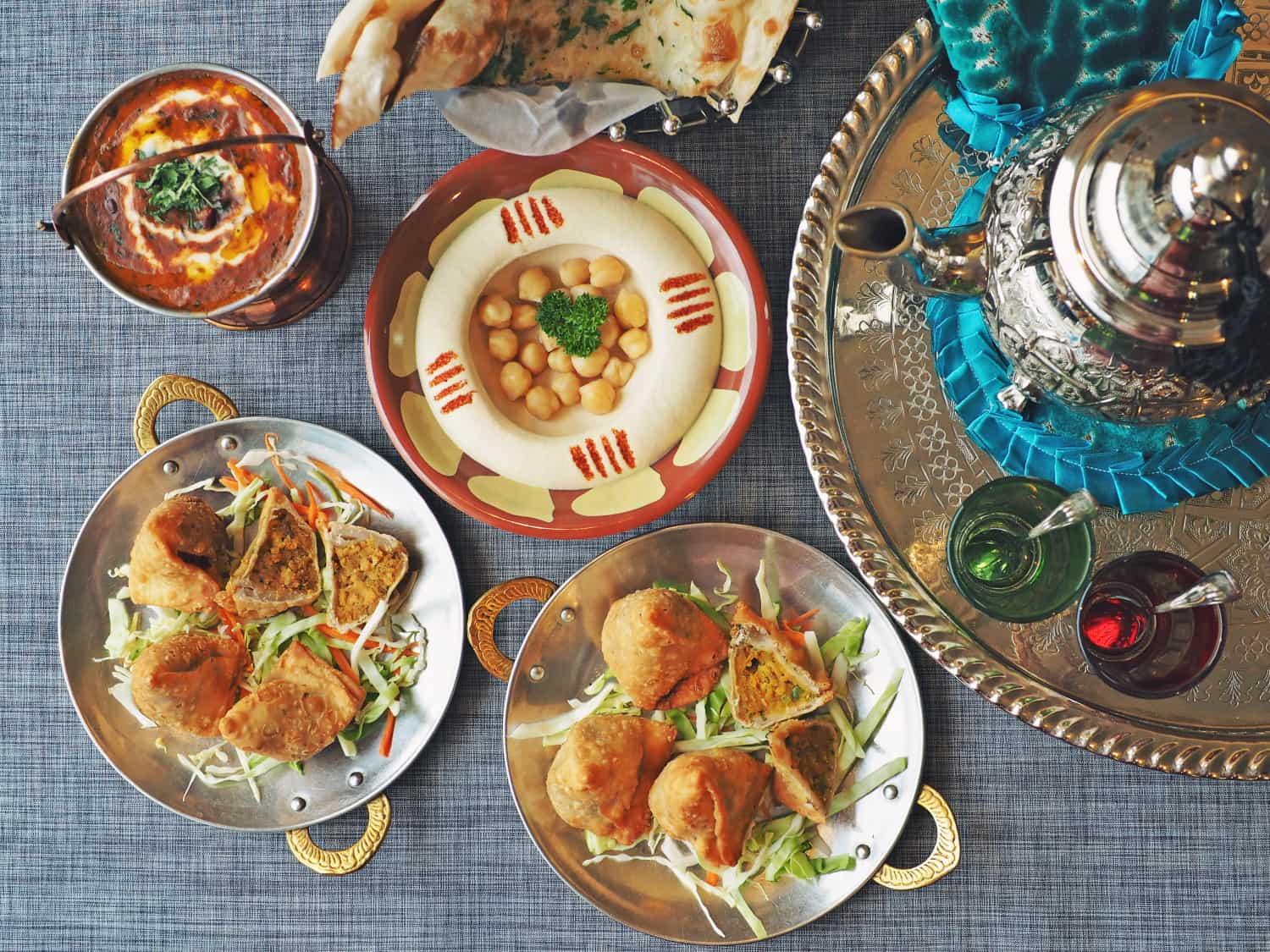 Pakistan stretches across the Asian landmass from the Arabian Sea in the south to the world’s highest mountains in the north.

With central Asian cultures to one side, China to another, and India to a third, Pakistani cuisine blends flavours from right across the continent.

Ethnically and culturally diverse, its eastern states, notably Pakistani Punjab and Sindh have adopted cuisines that are highly spiced like those of neighbouring India.

In contrast, its western states, typified by Gilgit-Baltistan and Balochistan, offer up milder dishes more reminiscent of the flavour profiles of Iran and the Middle East.

Here are 13 authentic Pakistani dishes to look out for on restaurant menus or when travelling through the country. 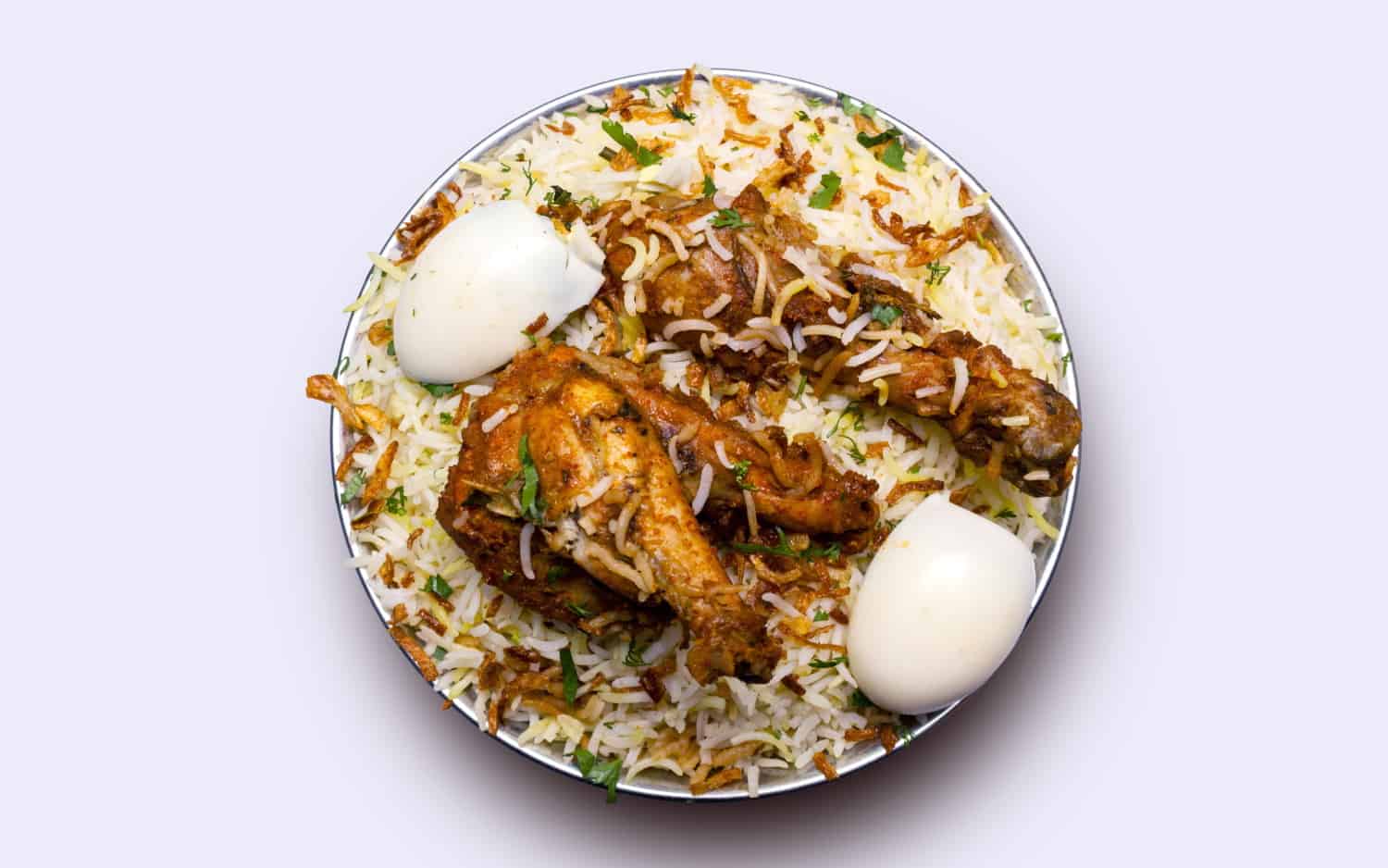 Perhaps Pakistan’s most recognisable dish, biryani comes in a variety of slightly different forms depending on the region of the country where they developed.

A dish of mixed rice that is common at both lunch and dinner, for many biryani is defined by spiced – usually basmati – rice.

This is cooked separately from the dish’s other main ingredients, which are only layered together towards the end of the cooking process.

Biryani can be prepared with meats like beef, and fish and seafood like prawns on the coast. The easiest type to find is usually made with chicken, and consisting of a chicken leg or drumstick, alongside a shelled hard-boiled egg.

The rice in a biryani can be quite richly flavoured, with spices including cloves, nutmeg, cinnamon and cardamom, which makes it an aromatic rather than spicy dish.

Nihari is a dish comprising a shank of either beef or lamb that is slow-cooked in a sauce made rich with bone marrow.

It is traditionally cooked at very low temperatures overnight and enjoyed as a breakfast meal with either rice or one of the region’s many forms of bread, such as naan.

Its unique flavour profile, that is both luxuriant and spicy, is thought by many chefs to come from the addition of a previous day’s nihari leftovers, called taar, being added to the new preparation. Some restaurants pride themselves on having taar that reputedly go back decades.

As well as the meat and bone marrow, the broth-like sauce has the flavour of ginger, black pepper, and garam masala among other spices common in the region.

A popular snack food and street food, pani puri are small round and hollow crisp bites.

Once baked and cooled a hole is punctured in the ball so that it can be filled with ingredients such as chickpeas, chopped vegetables, and pieces of spiced, fried noodle.

They are then often sprinkled with sweet and sour mint water, adding freshness to the dry ingredients.

Originating in the Punjab, or ‘land of five rivers’, which is now divided between Pakistan and India, aloo matar is a vegetarian dish of curried peas (matar) and potatoes (aloo).

The curry sauce that coats the vegetables as they cook is begun by frying off onion, ginger, and garlic in a hot pan.

Next, a blend of spices is added, such as cumin and turmeric, before fresh chopped tomatoes are also added. The latter breaks down as they are slowly cooked.

Aloo matar can be served as a relatively ‘dry’ bowl of pea and potato, or in the style of curry, with a greater amount of the sauce.

Either way, aloo matar is normally eaten with pieces of roti or naan taking the place of western cutlery.

While Pakistan is not known for its desserts, a little sweetness at the end of a meal can be had by asking for gulab jamun.

Found in just about every tea house, restaurant, and sweet shop in the country, gulab jamun is actually made from milk although they appear to be small balls of sponge.

Traditionally, gulab jamun is made with khoya, which is itself made by thickening fresh whole milk over heat until semi-solid.

After a small amount of flour is added, the balls are deep-fried to give them a deep golden colour. They are then soaked in a sugar syrup, sometimes flavoured with rose water or cardamom.

Gulab jamun is usually finished with flakes of almond or another nut.

Chapli kebabs are a minced meat kebab shaped into a patty resembling a hamburger.

Usually consisting of red meat such as beef or mutton, they can also be prepared with chicken, although because this is a leaner meat the patties can quickly dry out.

This form of kebab, rather than other versions cooked on a skewer, are found in Khyber Pakhtunkhwa, better known by the area’s former name of the North-West Frontier Province along the border with Afghanistan. Peshawar is its main city.

Another way in which chapli kebabs differ from their skewered cousins is the fact that they are fried in oil to be cooked.

Largely unadorned by additional flavours beyond the marinated minced meat, they can contain small amounts of chilli peppers and coriander, alongside seasoning such as lemon juice.

Pakoras are a cheap and tasty snack food found right across Pakistan. By far the most common varieties are made with thinly sliced vegetables, which are then dipped in a batter and deep-fried.

Aubergine (eggplant), onion, and spinach are all favourite vegetables to include, while the batter used to coat them is made from gram flour (ground chickpeas).

However, versions using grated onion alone are normally known as bhajis rather than pakoras.

Pakora is normally served with a chutney or raita (mint yogurt).

This is a dish made from curried chickpeas which are served with fried bread (the bhature), and is actually most commonly eaten as a breakfast staple.

Another dish known by the name of halwa puri is also sometimes enjoyed for breakfast. It is similar to chole bhature, but is eaten alongside the semi-sweet confection called halwa.

This is often made from combining tahini and sugar combined into blocks. Halwa puri is particularly common in the cities of Lahore and Karachi.

Having some similarity to biryani, pilaf dishes generally have a milder flavour and one that can contain a mix of both sweet and savoury ingredients.

Consisting of a plate heaped high with steamed rice, pilaf is regularly brought to the table as a sharing platter.

A popular version in Pakistan is Kabuli palaw, which literally translates as ‘Kabul pilaf’. It was brought across the modern border from Afghanistan several centuries ago with the movement of the Mughal Empire.

Beyond the rice, this dish is studded with small mouth-sized pieces of meat, usually beef, sliced carrots, and raisins or even pomegranate seeds.

Coming from the Sanskrit word for milk, modern-day kheer is a type of cold rice pudding made by boiling the rice in milk with some sugar.

Alternative versions can be made with tapioca pearls, shredded pieces of vermicelli, or millet grains. As well as taking on the richness of the milk, the rice also absorbs the taste of coconut, cardamom, or saffron.

Portions of kheer can be seen sold complete with their ceramic terracotta pots in a variety of sizes, usually topped with a dusting of chopped nuts. It can be enjoyed either as a dessert, or as a palate cleanser between courses during long celebratory meals.

Khichra has the appearance of a thick paste or puree, which results from the slow, steadying cooking of the dish’s ingredients.

It is made with pieces of beef or goat cooked with lentils and spices. During the cooking process, the lentils slowly release starch as they break down, which thickens into a paste. At the same time, the meat tenderises and begins to fall apart.

Also called khichda, and similar to haleem, khichra is both filling and bursting with flavour. A vegetarian version is made with pulses instead of cubes of meat and has the almost identical name of khichri.

However, like chapli kebabs, they are not made from solid pieces of meat, but by minced meat that are formed around a metal skewer by the hands of the chef.

These skewers are then cooked through on an open fire or using the hot coals of a tandoor oven.

Eaten off the skewer with a refreshing salad, the best seekh kebabs are soft and succulent. Their flavours include the addition of garam masala and ginger, but it’s rare for them to contain any significant chilli heat.

Pakistan is relatively well served by meat-free dishes, of which baingan bharta is another.

Making use of the local crop of aubergines, this dish sees the large black fruits grilled over a hot flame that comes either from an open fire or a gas ring.

This method of cooking provides the dish with a smoky flavour. Once cooked, the softened aubergine is mashed up and placed in the same pan as caramelised onions and chopped, cooked tomatoes.

Other flavours in the dish include ginger, cumin, and coriander (cilantro), which is usually added on top as fresh green leaves immediately before the dish is served with roti or paratha bread.