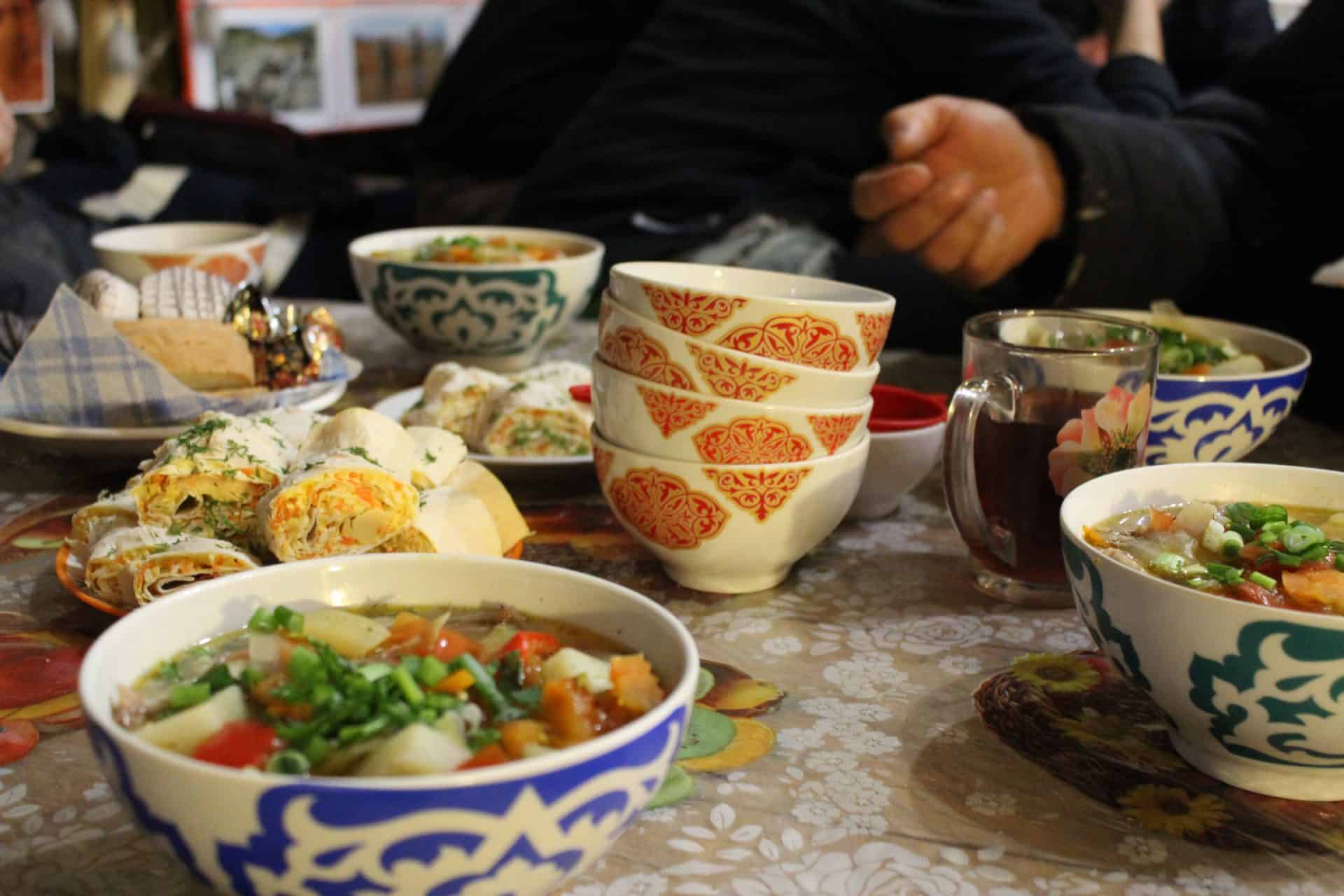 A huge landlocked nation located between Russia and China, Mongolia is one of the world’s most sparsely-populated countries.

Even today around a third of Mongolia’s people continue a nomadic lifestyle, which has led to a long exchange of ideas and flavours with neighbouring states.

A blend of Mongol, Kazakh, and Turkic ethnicities, its people date much of their ancestry to none other than Genghis Khan.

Cold in climate, and lacking in significant areas of farming land, the Mongolian diet is rich in meats, animal fats, and dairy products, but low in fresh fruits and vegetables.

Its traditional foods have been most influenced by its near neighbours, with Chinese-style stir-fries and Russian dumpling dishes both relatively common. 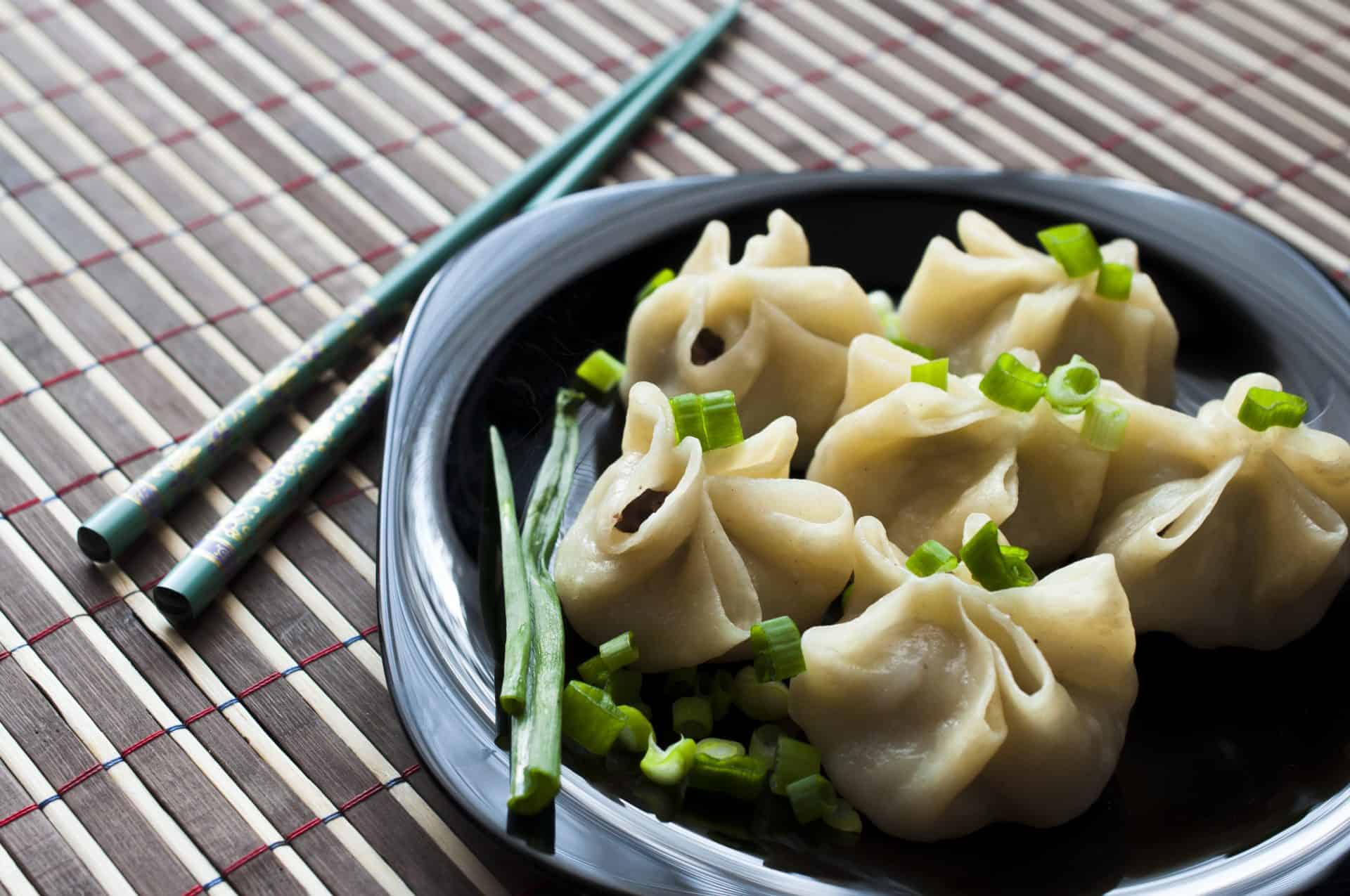 Buuz is a type of steamed, meat-filled dumpling that originate with the Buryat people of Mongolia.

Common on menus in and out of the country, they have traditionally been prepared for the new year festivities of Tsagaan Sar, which usually takes place during the month of February.

The most authentic buuz are filled with either minced mutton, one of the country’s most common meats, or beef, which have been flavoured with onion, garlic, and a little salt.

Placed inside their dough wrapper, the dumplings are left raw outside where they freeze in the cold climate until needed.

Buuz are served hot once steamed, alongside salad and fried bread. They are very similar to khuushuur, which are identical except for the fact the latter is deep-fried in mutton fat rather than steamed.

Baursak, or Boortsog, is a dish that originates with Mongolia’s kazakh minority.

It is a dough or bread that straddles the border between the savoury and the sweet. A yeasted bread, it also contains margarine and fat in addition to traditional bread ingredients.

This is because the people of the region traditionally require large quantities of calories to see them through their tough labour-intensive day.

Baursak dough is flattened and cut into small squares, triangles, or rectangles before being deep-fried until golden.

They are most regularly eaten as a dessert, either dusted with sugar to form something like a doughnut, or covered in jam, butter, or honey. It’s also common to dip baursak into tea.

Suutei tsai, or ‘tea with milk’, is probably Mongolia’s most important drink. While it is made with the leaves of green or black tea and fresh whole milk, that’s where the similarities with the west’s idea of tea come to an end.

For the remaining ingredient that’s integral to creating suutei tsai is salt. Some recipes also call for butter to be added, while it’s not unusual for a cup of suutei tsai to be served with grains of fried millet floating on its surface.

The milk can come from camels, horses, yaks, and goats, though cow’s milk is increasingly common. The blocks of tea used are generally imported from China.

Khorkhog is a dish of barbecued lamb or goat, although the Mongolian form of barbequing is again different to what many of us might imagine it to be.

Instead of the meat being grilled over hot coals or an open flame, it is jointed and placed into a large lidded cooking pot, often a milk churn, alongside hot stones and some fresh water.

Also heated from the outside, the hot stones slowly stew the chunks of meat over more than an hour of cooking.

Knives are used to strip the meat from the bone, but otherwise, khorkhog tends to be eaten with the fingers, straight from the cooking pot.

An even more traditional version of khorkhog sees the meat cooked inside the emptied body cavity of a boodog, or marmot.

Another traditional Mongolian dish that makes use of the steady supply of milk is aaruul, a curd cheese dried in the sun once the milk is boiled and sifted.

It can be prepared plain, first sweetened by the addition of sugar, or prepared with locally-available fruits, berries, or the leaves of foraged plants.

The bazmal form of aaruul is shaped in the palms of the maker’s hands, while the xorxoi version is forced through a wide gauge sieve resulting in small pellets.

Because of the way it is made, aaruul can last for long periods of time even without refrigeration and is a particularly important component of the diet in the long winter months.

Ul boov is another traditional new year treat, this time a flattish cake shaped into rounded rectangles and decorated with a series of geometric patterns. These are made by a wooden stamp passed down the family through the generations.

Translating as ‘shoe sole cake’, this is exactly what ul boov resemble individually. However, they are then served stacked on top of each other in a tower. This is topped with chunks of aaruul, sugar, and other items of confectionery.

The stack symbolises the sacred Buddhist mountain of Sumeru. Layered to an uneven number that is representative of happiness, the height of the tower is also indicative of age. Young couples use just three ul boov, and the elderly seven.

These decorative details make up for the relatively simple ingredients list, which comprises butter, flour, sugar and sheep’s fat.

Airag is a drink of fermented mare’s (horse’s) milk that remains popular throughout most of Mongolia.

It is similar in taste to kefir, with a tangy sourness absent from fresh milk. It differs from kefir in the fact that it is made using a liquid starter that is allowed to ferment.

Airag is also mildly alcoholic, because of the high sugar content of the mare’s milk, which is converted into alcohol during the fermentation process.

The mare’s milk season runs from the middle of June until October, and this is when airag is easiest to find as a result.

Also known as Mongolian rice, budaati khuurga brings in influences from China to the south, not least the rice itself, which isn’t grown in Mongolia to any great degree.

Fresh mutton is the meat that usually makes its way into budaati khuurga, although borts can also be used in this dish.

It is also one of Mongolia’s few dishes that marry meats and carbohydrates with large amounts of vegetables, usually chopped carrots, white cabbage, onions, and bell peppers.

The result is similar to stir-fried rice, and it is a popular dish eaten at both lunch and dinner.

Guriltai shul is one of Mongolia’s hearty soup dishes. A noodle soup, it is made with thick noodles similar in appearance to udon noodles.

These are cooked alongside a broth containing chunks of meat. While any meat can be used, mutton is normally the first choice for chefs.

Guriltai shul can be as simple as that, however, recipes are increasingly being expanded and added to with potatoes and vegetables most easily found in the country, including the humble carrot.

Another soup to look out for is bantan, which combines a small proportion of minced meat with flour, salt, and pepper.

It is eaten when you’re looking for something light to eat and is often one of the first solid foods given to Mongolian children when they wean.

If you’re travelling through Mongolia and tired of mutton dishes, how about a little beef?

Mongolian beef is another staple that points to China’s influence on the region over hundreds of years. Beef steak – the fattier the better, in Mongolian tradition – is sliced into thin strips and fried in a hot pan with garlic and ginger.

However, the dish gets much of its flavour from the addition of two further ingredients less common in Mongolian cuisine – dark brown sugar, and soy sauce.

The result is a dish that tastes unlike anything else on Mongolian menus, though vegetables are still hard to find. Mongolian beef is usually served with plain white rice.

After meat, liver is the second-most important protein source for the majority of Mongolia’s population.

In this nomadic society, every part of a slaughtered animal is utilised, but liver is also rich in vitamins.

Cooked for just a short period of time so it doesn’t go tough, sheep and cow liver are most commonly eaten.

Portions of the liver are wrapped in a thick layer of fat in the most authentic recipes around.