Lobster is a food that many of us haven’t tried. And you may be wondering if it’s worth the price on the restaurant menu.

It’s considered a luxurious food that is served in all manner of different ways.

This article will cover everything you need to know about the taste of lobster and how best to eat it. 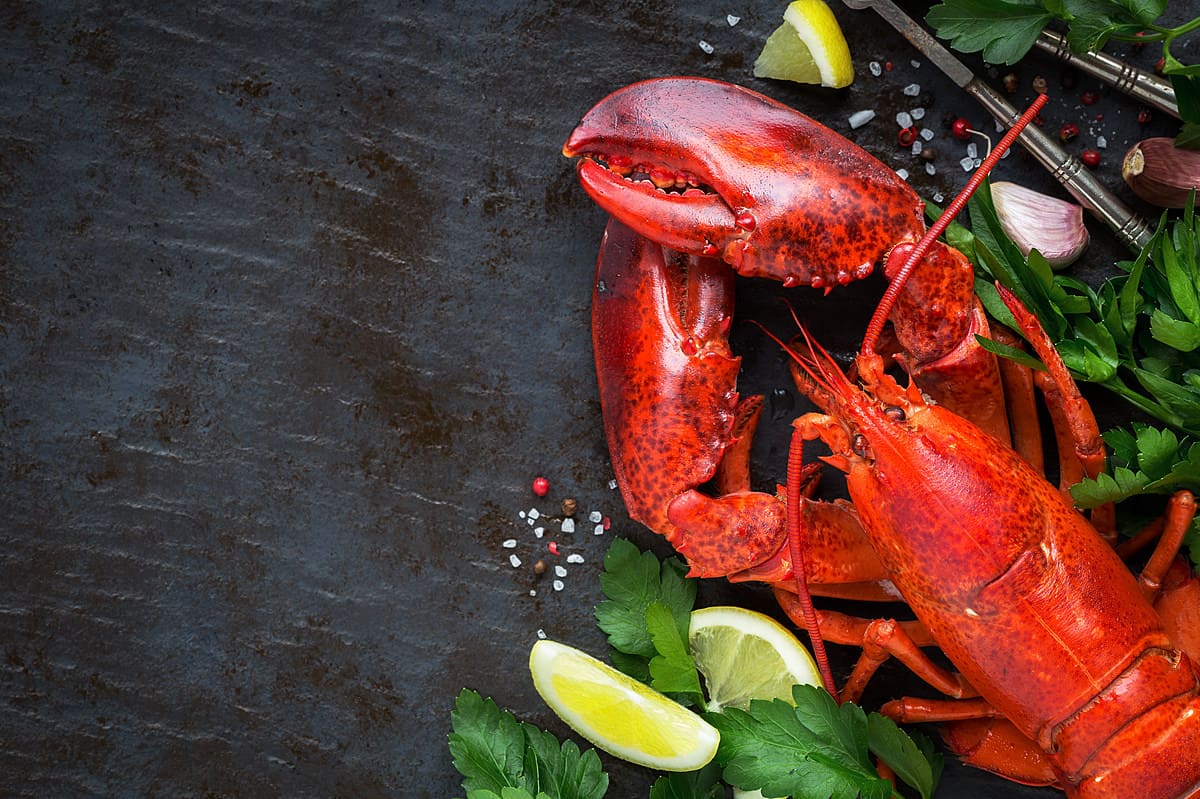 You can describe the taste from a few different angles.

It has the sweetness of lean meat and the crispy goodness of the tendons’ fiber. This is one of the reasons why this delicacy is more expensive than other shellfish.

A lot of people say lobster tastes similar to crab, but there are a few things that make it different.

Others say it reminds them of shrimps. However, it tends to be chewier with a spongy texture due to its high amounts of protein.

The bottom line is that although it is similar in taste to crabs and shrimps, there are differences.

The taste also depends on the way it’s cooked. Lobster can be grilled, boiled, steamed, and even fried. The taste of grilled lobster depends on the marinade it’s soaked in and the seasonings. It’s usually chewier.

When it’s boiled, it has a salty, sweet taste. Steamed lobster is nothing like most seafood. It’s sweet and tender.

The taste is also dependent on how it’s served. Butter is one of the most popular additions to lobster. It makes the meat a bit moist and highlights the flavor of the seafood.

Many compare the taste of lobster to that of crab. The truth is, they are quite similar. However, there are also some important differences between the two crustaceans.

Although it depends on the type of crab used, the taste of this seafood ranges from mildly sweet to briny sea.

Sometimes, it can even have a fishy or muddy flavor, unlike lobster which has a cleaner flavor. The most delicious part of the crab is the merus part of the legs.

On the other hand, lobster meat is usually sweeter and lighter than crab. It’s dense yet tender. Also, the texture is not as flaky as that of crab. This is why it’s generally tastier and more expensive than crab.

People describe lobster as a sweeter and lighter version of crab without the fishy smell.

Is Lobster Good For You? 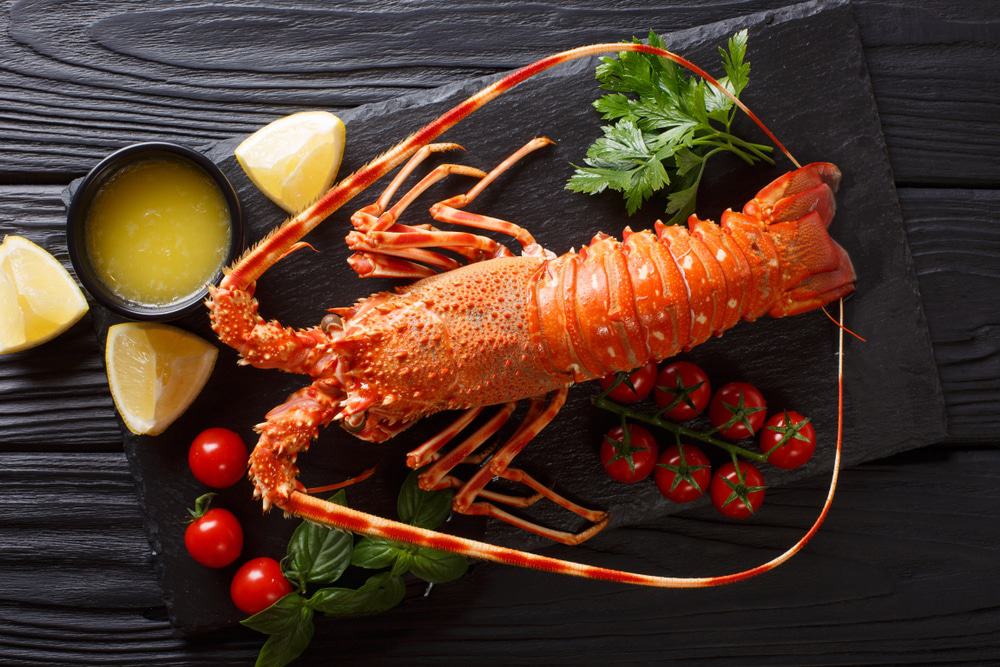 Lobster is a rich source of many vitamins and minerals. These include protein, selenium, copper, zinc, phosphorus, vitamin A, vitamin B12, vitamin E and magnesium.

They also contain some fat, though very little comes from saturated fats.

Consuming more seafood like lobster provides heart-healthy omega-3 fatty acids. These are beneficial for our cognitive and physical health.

Unless you have a shellfish allergy, lobster is good for you.

How to Tell if Lobster is Bad?

Lobster meat rots quickly if they aren’t cooked shortly after they die. Chefs take certain cooking precautions to ensure the seafood is fresh when served.

There are certain ways to tell if the lobster is no longer safe to eat.

The best way is to smell and look at the meat instead of tasting it. If the meat consistency is too soft, similar to that of cottage-cheese, it means the lobster is bad.

You can also tell the lobster meat is bad if it has a sour smell. If it’s pink and firm, it’s good.

Is the color of the lobster meat different than the day you bought it? It’s probably best to throw it away to avoid food poisoning.

How to Tell if Lobster Tail is Bad?

If the lobster tail has a strong smell of ammonia when cooked, it’s most likely spoiled.

You can’t detect the smell if the lobster tail is frozen, so you have to cook it to see if it’s good or bad. Cooking brings out the sour odor of spoiled lobster tail.

What Parts of a Lobster Can You Eat?

Here are the parts of lobster that contain meat:

What Goes Well With Lobster?

There are many foods that work well with lobster. These include asparagus, corn, pasta, green beans, risotto, and rice. You can also find the meat served with green salads.

Some of the most popular lobster dishes are lobster bisques, cheeses, macaroni, and ravioli.

Best Tasting Lobster in the World?

Lobsters from cold-water locations have a tender texture and sweeter meat than lobsters from warm-water sources.

The best time to find high-quality, delicious lobster is in autumn or early winter. During this period of the year, the animal builds fat stores which add flavor to the meat.

Some of the best-tasting lobsters come from Cape Breton. This is due to colder water and a good environment.

Crawfish is a crustacean-like lobster. They look alike, so many people find it hard to make a difference between the two animals.

But their appearance is not the only thing that makes them similar.

The two sea creatures have a similar taste as well, especially when cooked in the same way. The taste of lobster is a bit saltier as they stay in saltwater longer than crawfish though.

Crawfish is often meatier than lobster.

Lobster sauce is a type of white sauce with a mild flavor found. Surprisingly, it uses black beans instead of lobster.

The soybeans add a tart flavor to a dish. It’s commonly served with shrimp.

Which Lobster is the Sweetest?

Lobsters in the clean, cold waters of Maine shed the old shells from June to November, revealing the new ones underneath. That’s how Maine New Shell Lobster is born.

Since the new shell is larger, there’s a gap between the shell and the meat as the lobster grows in it. The gap is filled with seawater which naturally marinates the lobster meat. The end result is the sweetest and most tender lobster in the world.

The bright, red meat of New Shell Lobster is significantly tender and sweet as the trapped ocean water marinates the lobster meat within the shell.

That’s why the new shell lobster harvested in the cold waters of the state of Maine is the sweetest and most delicious lobster for many people.