It’s a deep and verdant kind of green, packed full of minerals and vitamins, and Popeye should definitely have been eating it.

But, when Kale goes bad, it can be seriously noxious. So how do you tell if kale is bad, and what are the signs to watch out for? 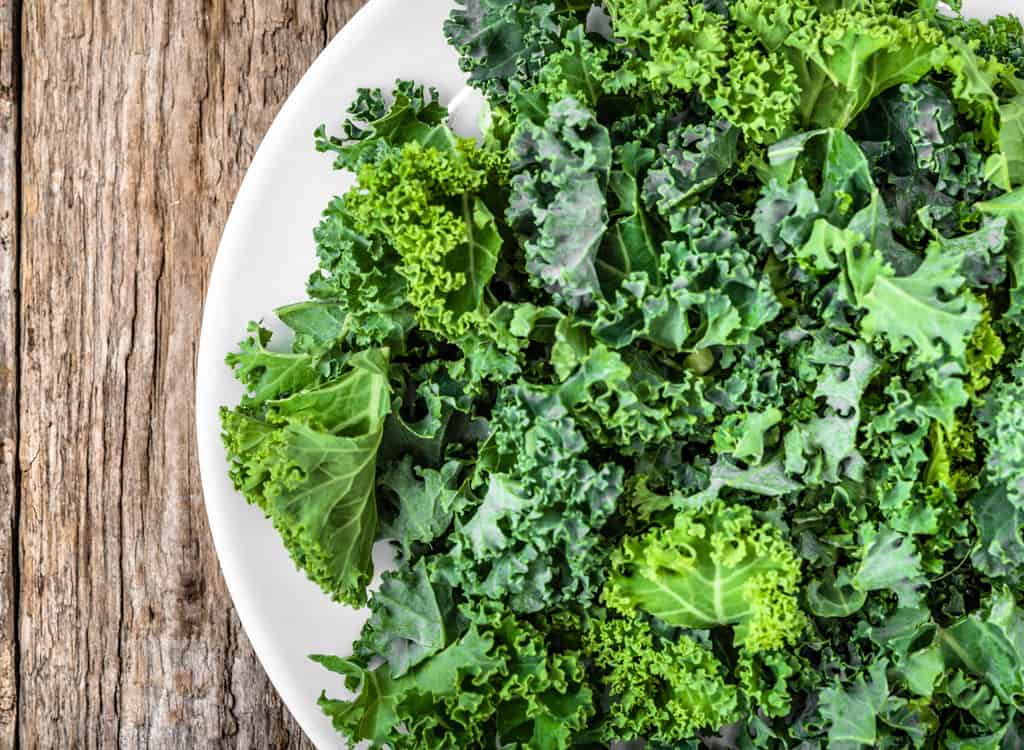 How to Tell if Kale is Bad

Kale, when fresh from the garden, or even in the supermarket’s vegetable section, will have a distinctly different set of identifiers than when it’s going or gone bad.

To start with, fresh kale is dark green, has a certain earthy smell, and the fronds are stiff and do not bend easily. Whether you’re buying a bunch of the Italian classic Cavalo Nero or Tuscan Kale, the common Curly Kale which is usually sold pre-packaged, or any of their cousins, they should all have crisp leaves and smell good enough to eat right away.

But, as kale ages, it develops significant traits that should warn you that they’re no longer at their best. Some signs are also enough to tell you that the kale is bad, and should be discarded immediately.

Does it look soggy? Kale that’s been stored for several days will become damp. This is due to the kale losing the water from within the plant, and this causes it to wilt, or to become soggy.

Another key is its colour. Fresh Kale is dark or vibrant green, owing to the chlorophyll within the plant. But, as kale ages the chlorophyll dies, and the kale leaves turn pale green to yellow, and eventually brown.

At this point, the moisture release is due to the plant breaking down and rotting.

Fresh kale smells earthy, fresh and kind of like a combination of broccoli and lawn clippings. If ‘healthy’ had a smell, this would be it.

But, when kale goes bad, the smell is undeniably disgusting. You can smell the sulphur gases and the stagnant water that’s escaped from the rotted kale. It’s unavoidable and toe-curling in its strength.

A bunch of fresh kale, or even just the prepared leaves, will be stiff and crisp. They have a slight crunch when cut or torn.

When kale goes bad it also goes limp. The leaves will become increasingly flexible and offer no crunch when cut. Bad kale will also be sludgy, you’ll see the turned water, and the leaves will be slimy. Do not eat kale at this point it should be discarded immediately.

Being a part of the Brassica family, and kale is higher in sulphur than some other vegetables. As such, the flavour of kale can be an acquired taste for some people. Generally, fresh kale will have a hint of strong herbs, a bit grassy, and a lot like other Brassicas like cabbage or broccoli.

But, when kale goes bad, the sulphur becomes overpowering. Whilst yellowing kale that has been kept in the fridge is still safe to eat, it will become bitter and sour. It is not recommended to eat kale that has yellowed, and especially not if the kale smells bad.

Kale that’s within its natural use-by won’t have anything growing on it. It should be free from insect or fungal life-forms. Whilst it is possible for a bit of soil grit, a quick rinse will remove the problem.

However, if there is any visible mould, sludge, or life-forms burrowing out from the kale, it should be considered compost and discarded.

How to Tell if Kale is Bad when Cooked

Cooked fresh kale is delicious. Served in soups, or steamed with a knob of butter, or even in salads, it is great at any time of year. But, if you don’t manage to eat all of it, and keep it too long, you need to know how to tell if kale is bad when cooked.

Due to the cooking process, where the kale was crisp raw it will now be softer and pliable. Cooked kale that has been kept for too long will look mushy, as the cooked leaves will have lost their firmer texture.

The sulphur smell mentioned above will probably now be evident, and the kale will smell strongly like rotten cabbage.

Matching with the mushy appearance, cook kale that has been kept for too long will feel slimy and slippery.

Do not taste or eat kale that appears mushy or feels slimy. Kale that has gone bad can cause severe stomach upsets and should not be eaten.

Kale that is ageing can also develop ‘black specks’. They look like tiny flecks of dirt that do not shake or brush off. These specks should not be eaten, and the affected area discarded.

Also, kale that has gone bad will release a lot of moisture, and this kale-infused water will pool at the bottom of the container. As the kale breaks down, this water will separate into different compounds, and a film will form on the top of the water. Mould can form on these liquids.

How Long Does Kale Last?

The shelf life of kale can last from days to months, depending on the storage method and location. As a general rule of thumb, kale should be kept cool and with ample air circulation – this prevents moisture build-up and the leaves from rotting due to the moisture.

Note: Kale should never be washed until it is ready to be eaten, as any moisture encourages the ageing process and the kale will rapidly turn bad.

If moisture is identified in a bag of kale, the bag should be opened, the kale inspected for spoilage, and any rotting kale removed immediately.

If picked fresh from your garden, kale should last up to a week if kept in your fridge’s crisper bin or drawer. However, kale that has been commercially grown and packed will have a Best Before or Use By date on it, and it is best to follow these guides.

Kale can be kept for up to 10 to 12 months in the freezer. However, there are firm steps to take to optimise this storage option. Frozen kale should also be thawed in the fridge, and used within 2 days.

Regardless of storage guidelines, kale should always be carefully inspected and thoroughly washed before cooking or consumption. Any kale that appears discoloured or has ‘black specs’ on it, is slimy or mushy in texture, or smells off should be discarded immediately.

Kept in a refrigerator <4˚C:

How to Store Kale

You can store kale in several ways, and proper storage and management of your fridge or freezer will ensure the maximum shelf life.

However, there are several small tricks to maximise this time, and also to prevent premature spoilage of your kale.

Firstly, never rinse or dampen your kale until you intend to use it. Once harvested, kale is sensitive to moisture. Storing wet kale in a closed plastic bag is the quickest way to turn your kale bad.

Instead, follow this guide to get the best storage results for your kale:

How to Store Kale in the Fridge

Uncooked kale is best kept in the crisper section of your fridge. This environment that is both cool and with airflow allows the kale to remain cold and also for moisture to escape.

One small tip is when opening a bag of kale is to place a piece of paper towel in with the kale. That way the paper towel absorbs any moisture and prevents the kale from coming in contact with it. It also acts as a handy visual aid to alert you to any moisture leakage from the ageing kale.

Cooked kale can be stored in an airtight container, preferably sized marginally larger than the volume of cooked kale. The container is then best kept on a reliably cool shelf, and preferably not near the opening side of the fridge.

How to Store Kale in the Freezer

Freezing uncooked kale will alter the texture of the kale, and once thawed, the kale will be mushy.

To prevent this, kale should have the stalk removed, and be blanched (dipped for only a few minutes) in boiling hot water, and then rapidly cooled in cold water. Once cool, pat dry with a piece of paper towel, and place into airtight containers or freezer bags, and immediately placed in the freezer.

Frozen and thawed kale should be kept refrigerated, and used within 3 days.

Storing Kale on the Countertop?

It is unwise to keep kale on your countertop, as it will not last more than 24 hours.

Kept cool and unopened in the fridge, a bag of kale will last for 5-7 days. Once prepared appropriately, kale can last as long as 10-12 months in the freezer. Finally, when kale goes bad, it will become slimy, pale yellow or even brown, and will smell like rotten cabbage.