With its peppery and zingy flavour, its long fronds with their inviting curves, arugula (or rocket as it’s also known) makes for a great addition to any salad, or in fact just on its own.

Usually brought home fresh by the bag, how do you know if it’s gone bad? 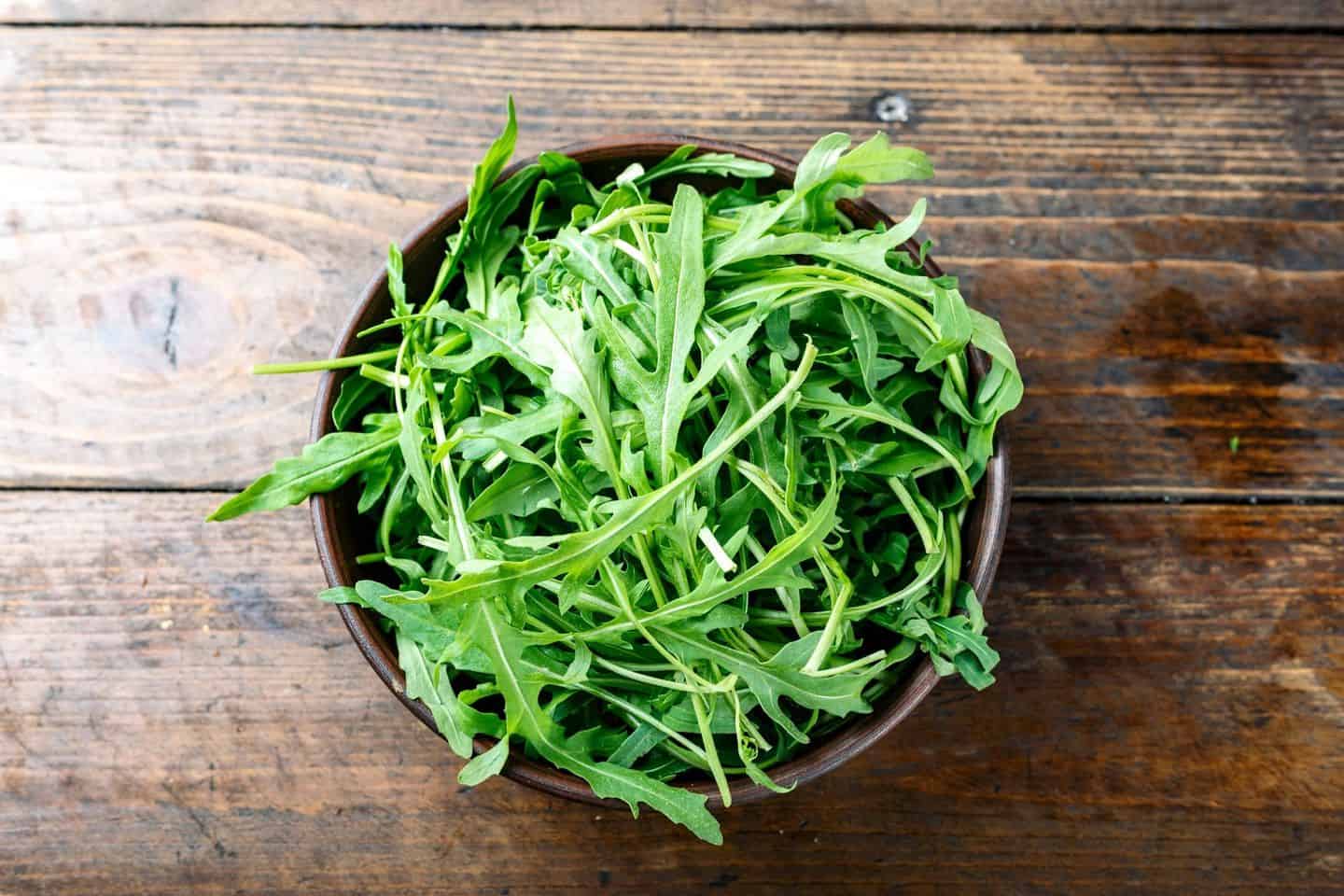 How to Tell if Arugula is Bad

You can enjoy its flavour and texture in a garden salad, on top of a cheesy Margarita pizza, or even in a Mediterranean panini with cured meats. But, would you know how to spot arugula that’s turned and shouldn’t be eaten? This guide highlights the signs you should look for before tucking in.

When fresh arugula, or rocket as you’ll also see it labelled, should be verdant green; anywhere from bright green through to a slightly dull green and bears some resemblance to the leaves on Dandelions. Each of the leaves should be uniform in shape, have a large lobe at the end (a big furl that could almost be a leaf on its own), and should be quite stiff or stringy.

When cooked and the heat makes contact with the leaves, they will turn a darker shade of green. The stalks will also soften a little, not enough to be slimy, but relaxed.

Arugula that has gone bad, however, looks revolting. That bright and vibrant green will go dark green, like cooked spinach, and instead of being identifiable and separate fronds, the leaves turn mushy – usually congealing into a single messy mass.

Some people say that fresh arugula smells peppery, spicy, or even nutty, whilst others have described it as being a bit like faintly burnt plastic. Whatever you think of as being ‘fresh’, when arugula goes bad, it does not smell good at all.

When arugula/rocket spoils and goes bad, that curious and spicy smell turns sour and smells a little like rotting grass clippings. If your salad starts to smell like last summer’s cut lawn, it’s probably a good idea not to eat it!

As mentioned above, you should expect your fresh arugula leaves to feel slightly rough to your fingers; with each of the leaves having a stiffer central stalk that runs the full length of the leaf.

But, when arugula/rocket goes bad, this rough texture becomes decidedly slimy and mushy; at first, only a few leaves will start to turn and stick to nearby arugula leaves. If not removed, the spoilage will spread, and eventually become one sodden clump of rotting leaves.

You might expect arugula to have a hint of something familiar, slightly like the flavour of broccoli or cabbage. That’s because, believe it or not, arugula is actually a cousin to the cabbage family. What you’re more likely to notice is its peppery flavour, somewhat spicy, and a flavour you can’t quite put your finger on.

So what does it taste like when it’s turned bad? Remember that analogy of rotting lawn, that’s as close as anyone wants to get to tasting spoiled rocket. You shouldn’t even attempt to taste arugula that’s turned, as it could lead to symptoms in line with food poisoning.

How Long Does Arugula Last

Arugula is best when freshly harvested, or consumed as soon as bought from the supermarket.

Like many fresh greens, rocket does tend to start spoiling within a few days. This time is also cut down dramatically if a pre-packaged bag is ill-treated or left too long.

Bought from the supermarket and placed in the crisper drawer, your arugula should safely last for a good 2-3 days. Arugula needs to be kept loose and in an airtight bag or container. If not kept like this, it will begin to spoil within 24hours, and you’ll have to remove bits that have gone bad.

It’s also good to note, do not wash arugula until you’re ready to eat it. Once washed, arugula will start to deteriorate.

In this instance, freezing is highly discouraged! Whilst you may be able to successfully freeze arugula that has been cooked in a dish, it’s unlikely to thaw without turning into a slimy mess.

Arugula does not freeze well when fresh. However, it can be used as a substitute for basil in pesto, and once pureed in the sauce, it can be frozen without issue.

Understandably, you may need to keep it here while preparing a meal that involves arugula, so try to minimise the amount of time it’s going to be exposed to warmer temperatures.

Arugula will age and wilt quickly on your countertop due to the ambient room temperature. Arugula needs to be kept cool and dry, and the warmer temperatures don’t provide this environment.

How To Store Arugula

So you’ve bought your arugula, and need to keep it for as long as possible, how do you do that?

Fridge: This is your best option, and there are a few things you can do to achieve the maximum shelf life possible. First of all, if the arugula is in a sealed bag, leave it unopened until needed. Opening the bag will shorten the duration dramatically.

If fresh and loose, keep it as dry as possible and in an airtight container. Any moisture will begin to spoil the leaves.

Freezer: Do not freeze, unless in prepared dishes.

Countertop: if you must, keep it in its sealed bag, and as cool as possible. If loose, keep it in a cool place and covered with a damp cloth

Arugula is best enjoyed as soon as purchased, as it has a short shelf life.

Once spoiled, the fresh and crisp fronds will darken in colour, and turn into a slimy and mushy mess. Store your fresh arugula in sealed bags in the fridge.