Figs have been cultivated since ancient times in warm climates.

This article will cover what figs taste like and common questions relating to its taste.

As with most edibles, the best way for you to understand figs’ taste is to have one.

Figs have a wonderful texture and are shaped like pears with a fair amount of seeds in them. Their flesh is often dark/purplish. Their skin is soft and easy to bite into.

The taste of this peculiar fruit depends largely on which kind you are eating. Additionally, it depends on what you’re pairing it with.

This is because figs can be mixed with any number of meals by chefs for different purposes, especially desserts. Naturally, not everyone would like figs because personal preferences come into play occasionally.

But, those who like it have described it as having a certain sweetness, much like honey. Also, figs have the hint or small trace of berries’ taste.

By all indications, the fig is an exquisite fruit. So much so that some would much rather eat it alone than include it in any recipe. 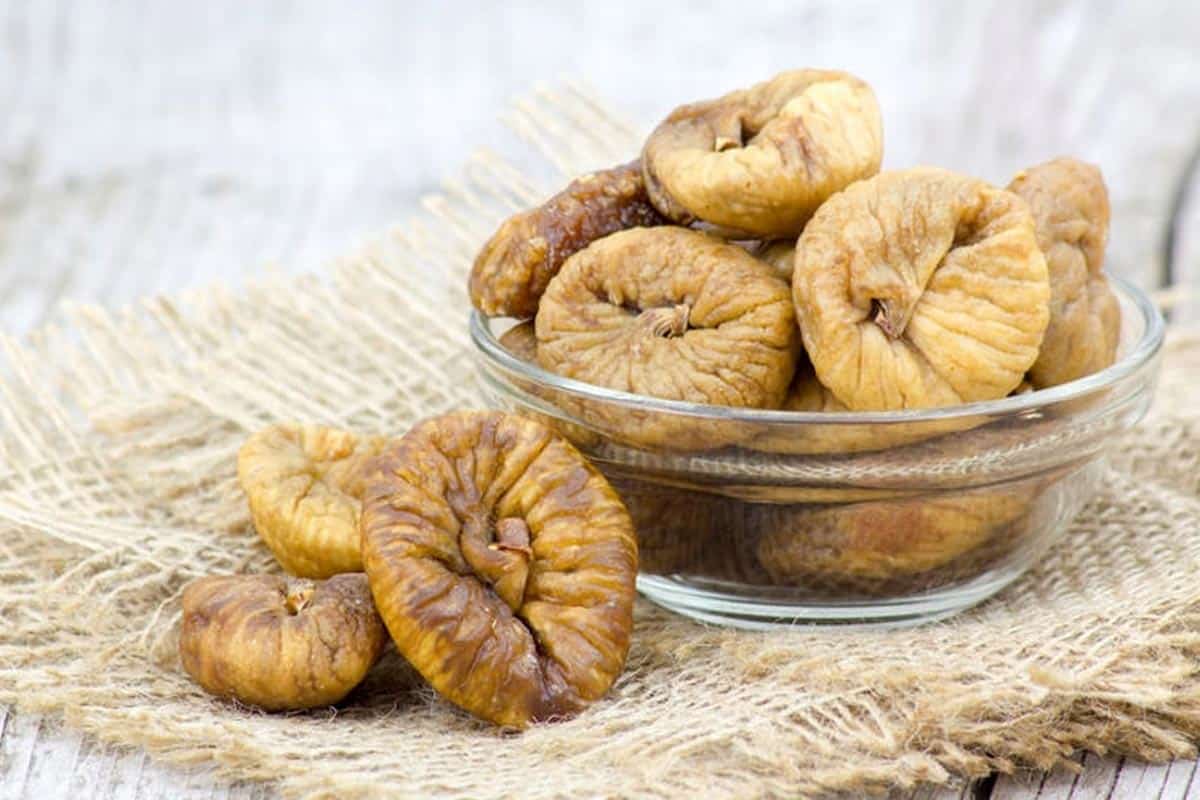 People often compare dried figs to fresh ones for differences. In reality, these two versions of the fruit are indeed different.

However, the differences between them aren’t quite as pronounced as you might think.

The first, and most obvious, is in their texture. Fresh figs have juicy, soft flesh that provides a sweet honey-like syrup of sorts.

Dried figs, on the other hand, aren’t quite as generous with their liquids or as soft. The honey-like syrup has been absorbed entirely into the fig’s flesh.

As such, the dried ones taste much like its fresh counterpart. It just doesn’t offer the same syrupy goodness of the fresh fig.

For people who are particularly attracted to juicy fruits, this might be a major turnoff. Some have even described dried figs as rancid even with its sweetness.

Regardless of those subjective opinions, dried figs, much like the fresh ones, have multiple health benefits. For example, they are great sources of soluble fibres and natural sugar.

How to Store Fresh Figs

Fresh figs are quite delicate and can go bad easily.

If you’d like to retain them for longer, though, you can store them in more ways than one. One of the most common methods is freezing.

Freeze figs the same way you’d freeze most other foods. Just put the figs in the fridge. This increases the lifespan of the fruit by several weeks.

If refrigeration isn’t an option, there are alternatives. One such alternative is drying.

Most people purchase dried figs instead of drying them themselves. For the relatively small cost, the figs will last much longer.

Another option of storage is canning. It is not common for people to do this themselves.

So, we’ll recommend that you purchase this as well in any supermarket close to you. Canning can increase your fig’s shelf life to about ten months.

While these storage methods are handy, it is still a good idea to go a different way.

You can simply buy your figs when you need to eat/cook them and use it the same day. All fruits are better when fresh.

How to Tell When Figs Are Ripe

Determining if a fig is ripe is easy and can be done in three ways.

The first is by appearance. There are different varieties of figs and, in almost all of them, the unripe ones take a greenish tint.

As the fruit becomes ripe, the colour of the fig darkens to a purplish/brown hue.

However, you shouldn’t limit yourself to colour alone. This is because certain varieties of figs, like Kadota, are green, even when ripe.

So, instead of merely looking at the colour, look at how the fruit hangs from the tree. Ripe figs are often relatively large.

Because of that, they tend to hang lower on the tree. So much so that they seem like they’re drooping.

You can also determine ripeness by touch. Mature and ripe figs are generally softer to the touch. The unripe ones are tougher to the grip because their juices aren’t present yet.

The third method of determining ripeness is by taste. It’s not advisable to eat unripe figs.

Nevertheless, you should know that ripe figs have a smooth, sweet taste as we described earlier.

How to Freeze Figs

In a few quick steps, you can have your figs frozen for extended storage.

How to Dry Figs

There are two basic methods you can use if you want to dry your figs. The first employs natural sunlight, and the second is aided by technology – a dehydrator.

To dry your figs with sunlight, you have to start by washing and drying the figs first. This is for the same reason we stated earlier – to remove impurities.

After you have washed the figs, cut each fig plant in two and place them on a rack. Your rack can be wooden or made of wires.

Regardless of their material, they are still better than solid trays that don’t permit airflow.

While the fruits are on a rack, you have to move them from one side to another occasionally. This is to ensure that each side dries out evenly.

Ensure that you do not put your figs in the shade because this can spoil them.

With adequate sunlight and movement, you should have perfectly dried figs in 24-48 hours.

The alternative to natural sunlight is technology. This method is much faster and relatively more effective.

All you have to do is to turn on your dehydrator for 8-24 hours while turning the figs as required. Afterwards, you’ll have excellently dried figs that’ll last for months.

How to Eat Dry Figs

There is no specific rule for eating dried figs. They are naturally delicious, and the choice of consumption is largely yours.

You can have dried figs as they are. Simply pop one in your mouth, and you’d have yourself a nice, sweet snack.

On the other hand, you can soak your dried figs in water. This will make them much plumper such that they resemble the fresher ones.  However, they won’t be as juicy.

As long as you don’t soak it for too long, you should still get that great taste.

Another way to eat dried figs is by including them in a meal or alongside a snack. For example, you can use it as a topping for your ice cream.

How to Tell When Figs are Bad

The easiest way to know if a fig is bad is through its smell. Hold it up to your nose and sniff for any odd smells.

If the fig gives off an offensive odour, it’s gone bad.

Alternately, you could check its physical appearance and texture. If it’s excessively soft, it’s deteriorating very quickly and would soon be completely bad.

Finally, if you see mould growing on it, that’s definitely bad.

By now, you must have an answer to your “what do figs taste like” question. They’re sweet, and they’ll make a truly tasty snack, even when eaten alone.

You just have to ensure that you don’t let them go bad as they’re quite delicate.

Use your figs in pies and on desserts to experience them in different flavour profiles.