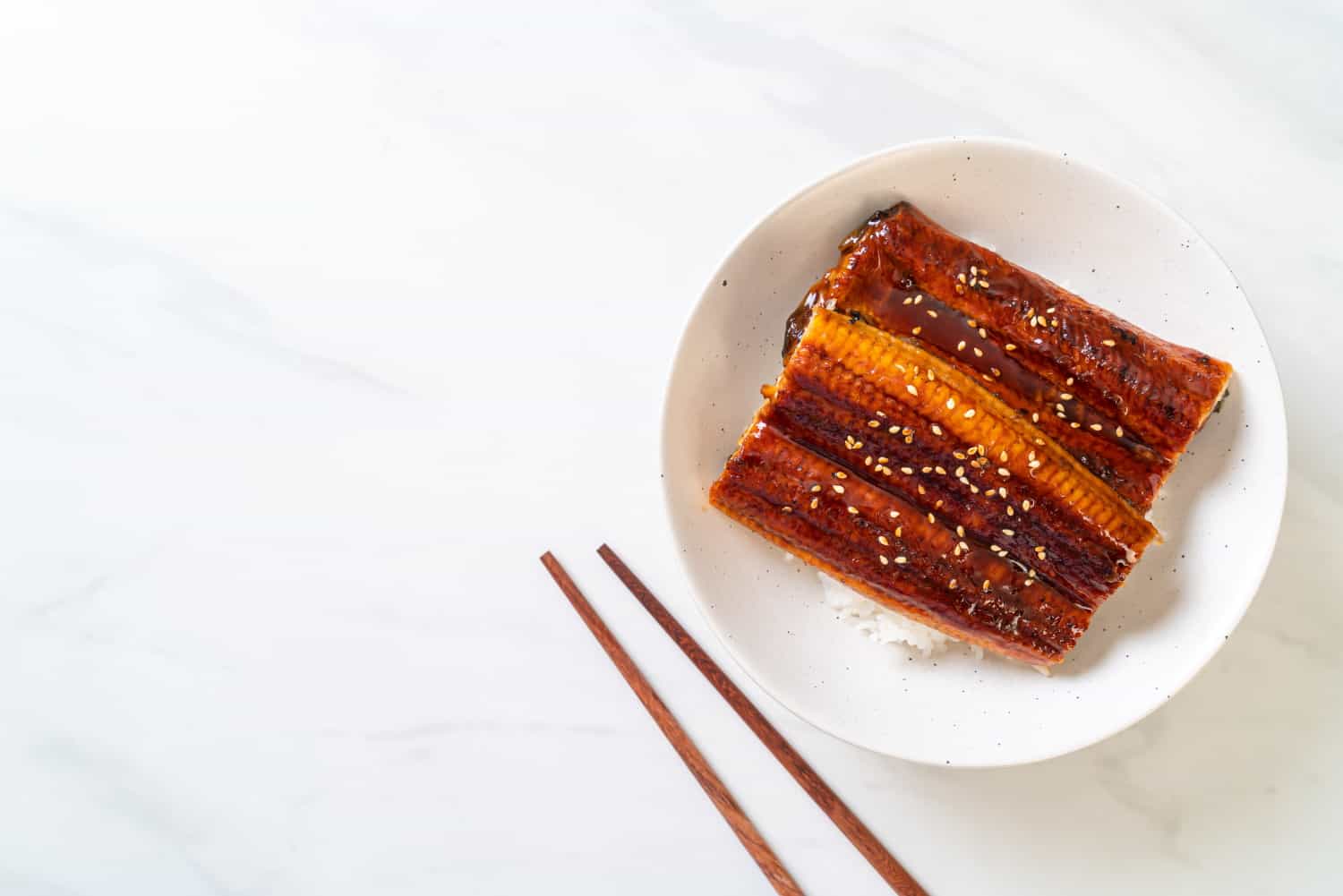 This might come as a surprise to you, but eels can be made into different kinds of meals. In many seafood restaurants, they are often regarded as exotic dishes.

This article will cover what eel tastes like and common questions around its taste.

Many who have tasted eel agree that it is sweet. Despite its dark and snakelike appearance, it makes for a delicious meal.

Some eel eaters have compared its taste to salmon or lobster. Others say it is a bit more like octopus meat or catfish.

People who haven’t had a lot of seafood compare its sweetness to chicken. The common consensus is that almost every critic believes that eels are delicious.

However, there is one thing that’s worthy of note. How you cook your eel will affect its sweetness.

For example, you might be the type of person who is very generous with spices. This will naturally make your eels very sweet.

You could also be on the opposite side of that scale. In that case, your eel only tastes as good as you make it.

Another question that’s common about eels is, “what is the texture of eel?” Well, this depends on several things.

For starters, it depends on how you cook the eel. Deep frying, for example, makes the eel meat crisp and crunchy.

Some other cooking styles produce different results. For example, almost all methods that have to do with boiling gives you soft meat.

To describe its softness, many compare its texture to squid meat. It is soft, yet strong enough to provide a good chew.

However, this is not the only factor. Another texture determinant is what kind of eel you choose.

This is particularly important as there are different kinds of eels. However, people mostly use two of these for dishes.

The first is freshwater eel, and the second is saltwater eel. Both typically have distinct texture.

Saltwater eels, for example, have significantly firm skins and bodies. This makes their texture a little inclined in that direction after cooking.

Freshwater eels, on the other hand, are softer. As such, the texture of their meat follows the same trend. 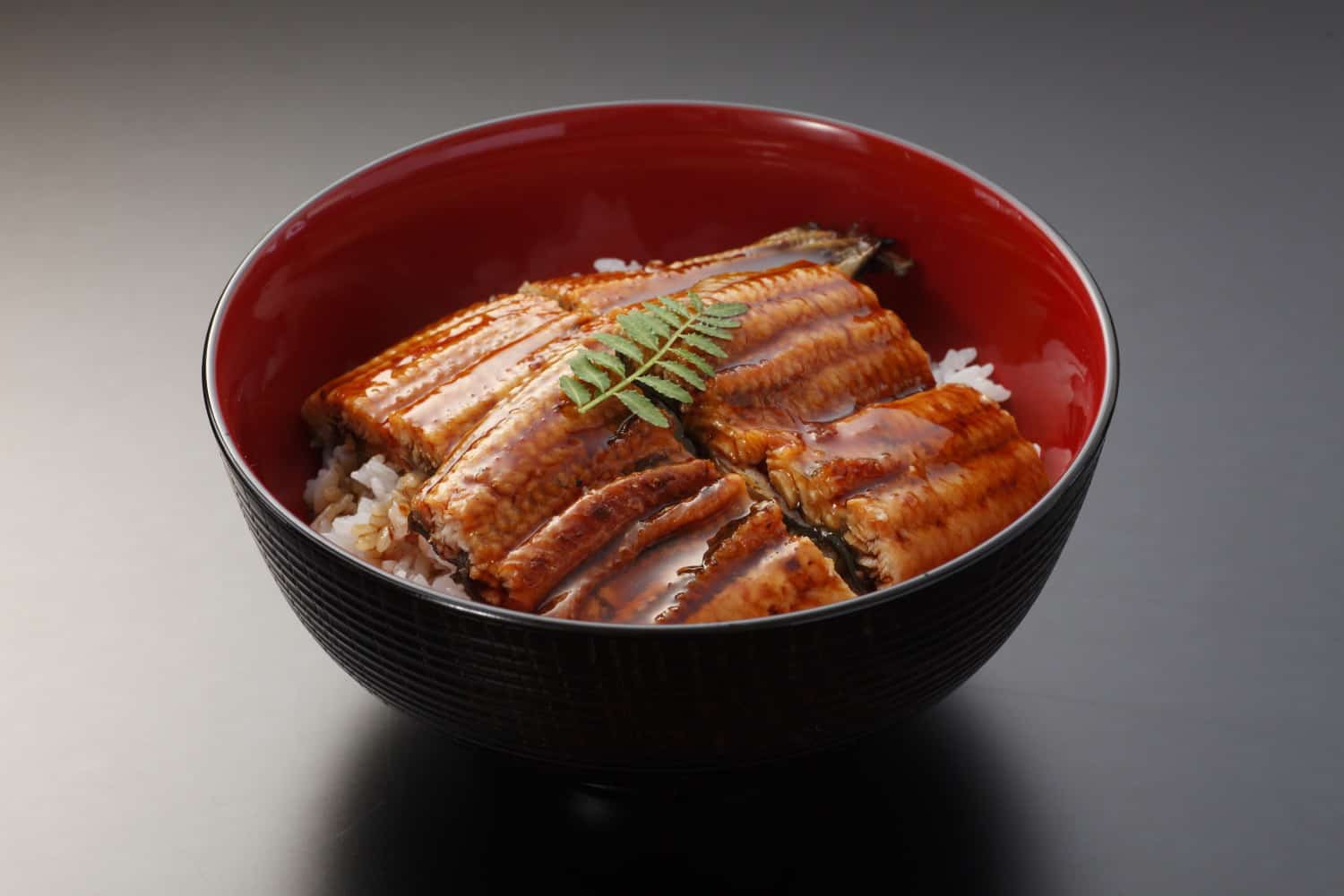 This, of course, is dependent on how good the cook is. Nonetheless, smoked eel tastes like virtually any other type of smoked fish – good.

While it retains its eel-y peculiarities, it is still considered a great snack or meal by many.

We can attribute its great taste to many things. One of the most widely accepted reasons is that eels belong to the oily fish category.

People generally believe that oily fish are more delicious than their counterparts. This is even more so when you smoke them to eat.

Despite the eel’s taste, some cannot help but wonder, are smoked eels good to eat? Well, apart from taste, eating a smoked eel has several health benefits.

Among other things, you’ll gain a good dose of essentials like omega-3s and antioxidants. These nutrients help you to accomplish many things.

For example, they are great for helping to fight off fatigue. Alongside that, in places like Japan, they are used as an aphrodisiac.

Finally, people believe that they help to increase dopamine, the happiness hormone.

Eel sauce is common in Japanese dishes. It usually serves as a dipping sauce for meals that contain eels.

Alternatively, the Japanese call it unagi sauce. Interestingly, chefs sometimes use it for vegan purposes.

Now, the taste of eel sauce depends on many things. For starters, it depends on which flavour you decide to make your sauce into.

Some of those flavours are particularly sweet. Others are more likely to trigger the salt detection part of your taste buds.

Some other flavours have a more smoky taste. However, the descriptions of these tastes might be hard for you to place.

So, if you’re still a tad confused, you can compare eel sauce to barbecue sauce. To be a bit more specific, it tastes a bit like barbecue sauce mixed with hoisin.

If you’ve ever had that, you should be able to imagine how eel sauce tastes.

In terms of texture, eel sauce is unique in its way. Eel sauce has a vibrant brown colour that practically draws you in.

The thickness of eel sauce usually varies depending on the recipe used. But at the very least, it is somewhat thick.

You can compare its texture to ketchup. As such, when you dip something into it, it doesn’t slide off easily like water.

Some people erroneously think that all kinds of eel sauce have a weird fish taste. However, this is not entirely true.

Only non-vegetarian eel sauce comes with a fishy taste. And that is only if the cook includes a significant amount of fish stock.

However, vegetarian eel sauce does not taste like fish at all. In fact, they feel more “barbecuey” than fishy.

Can You Eat Electric Eel?

However, you should know that electric eels aren’t even eels in the first place. This might be very confusing for you because they’re all called eels.

But, despite the similarities they share with common eels, they aren’t in the same class. Scientifically speaking, you can classify electric eels as carps and catfishes.

Nevertheless, these teleost bony fishes or gymnotiformes have their peculiarities. The first, and most common, is their ability to generate electricity.

This peculiar ability gives them an edge in self-defence. It also makes them particularly efficient predators.

Now, despite their electric abilities, they can still be hunted and cooked by humans.

But, they aren’t prevalent as a source of food. We can easily attribute this to some practical reasons.

The first, and most important is they’re difficult to catch. This is because the eels are slippery and emit enough volts to kill a human.

Apart from that, as we mentioned earlier, electric eels are bony fishes. As such, they don’t exactly have a lot of meat to make a good meal.

This is in direct contrast to regular eels that have a spine as the only major bone in their body.

So, what does electric eel taste like? Well, we’re not entirely sure.

Only a few people have eaten it before for obvious reasons. So, there isn’t a lot of information to go on.

What Kind of Eel Can You Eat?

In reality, there are several kinds of eel that you can eat. This is because people have invented many different ways to cook this fish.

One of the most common kinds of eel you can eat is jellied eel. It’s a particularly common dish in England that dates back to the 18th century.

To prepare this meal, first, chefs chop up the eel. Afterwards, it is left to boil inside the aspic stock.

When the boiling is complete, they will leave it to cool down and form a jelly. The meal is then eaten while it’s cold.

Right now, you might be wondering, what does jellied eel taste like? Well, it is considered a bit salty but generally mild and soft on the tongue.

Unlike other similar dishes, this one doesn’t have that fishy taste. However, apart from jellied eel, there are other kinds of eel you can eat.

Two good examples are the unagi and kabayaki. These two are particularly common in Japan and exceptionally tasty.

Outside Japan, you can also eat a special kind of Korean eel delicacy. It is called Jangeo-gui, which is grilled freshwater eels.

Can I Eat Eel While Pregnant?

Some might insist that eating eel while you’re pregnant is an entirely bad idea. While the concern is understandable, it is not exactly right.

You can eat eels during pregnancy and even get some health benefits in the process. Among other things, it can help to improve muscle tone and boost your stamina.

Alongside that, as we mentioned earlier, it contains an abundant amount of essential vitamins. Finally, eels are excellent protein storehouses.

However, like every other meal during pregnancy, eels should be eaten in moderation. Alongside that, you should inform your doctor before including it in your diet.

Finally, and perhaps most importantly, you should ensure your eel is perfectly cooked. If it isn’t, it could pose significant dangers from food poisoning to stomach infection.

As such, during pregnancy, you shouldn’t even be asking yourself, “what does raw eel taste like?”

Despite their appearance, eels taste pretty good. Across different countries and cultures, these fishes are considered a delicacy.

As such, trying them out wouldn’t be such a bad idea. This is especially so when you consider the inherent health benefits.

However, if you’re pregnant, you should definitely be careful.