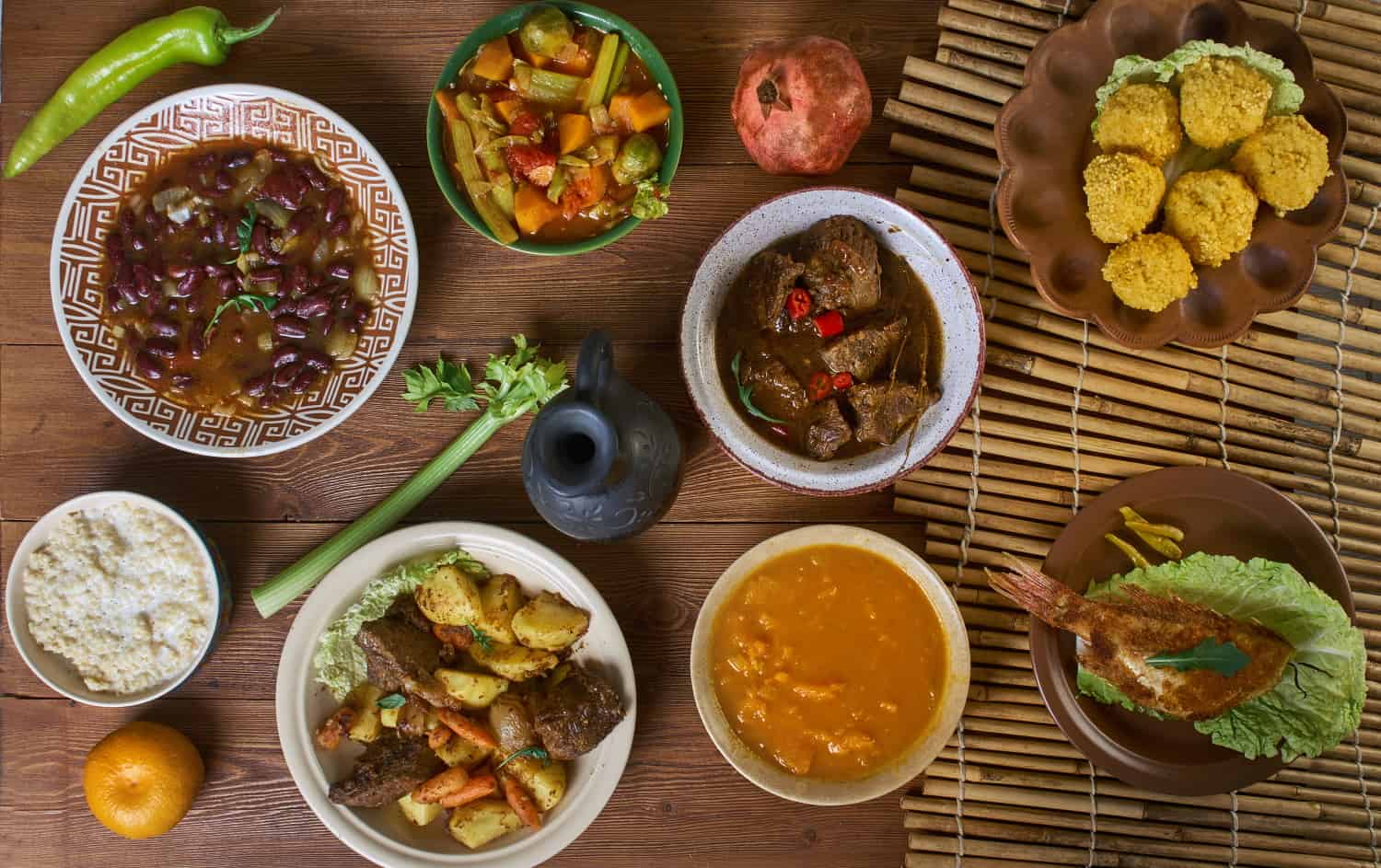 Chad is located in north-central Africa. While its position close to the sands of the Sahara Desert may look unpromising for agriculture, it straddles three climatic zones.

In the far north is absolute desert, which blends to the south with the semi-arid Sahel region before becoming more fertile in the savannah of the south. The country’s traditional cuisine, therefore, varies quite widely between north and south.

The Tuareg and Arab peoples of the north have relied upon hardy animals to provide dairy products and meat, which form a large part of their diet, alongside grains that can be stored for long periods of time.

Despite being one of Africa’s few landlocked states, fish is an important protein source in the south, the location of Lake Chad, one of the largest wetland areas on the continent.

Other influences include Islam in the north in particular and the short period of French rule in the early twentieth century.

These are the top traditional Chad dishes you should try. 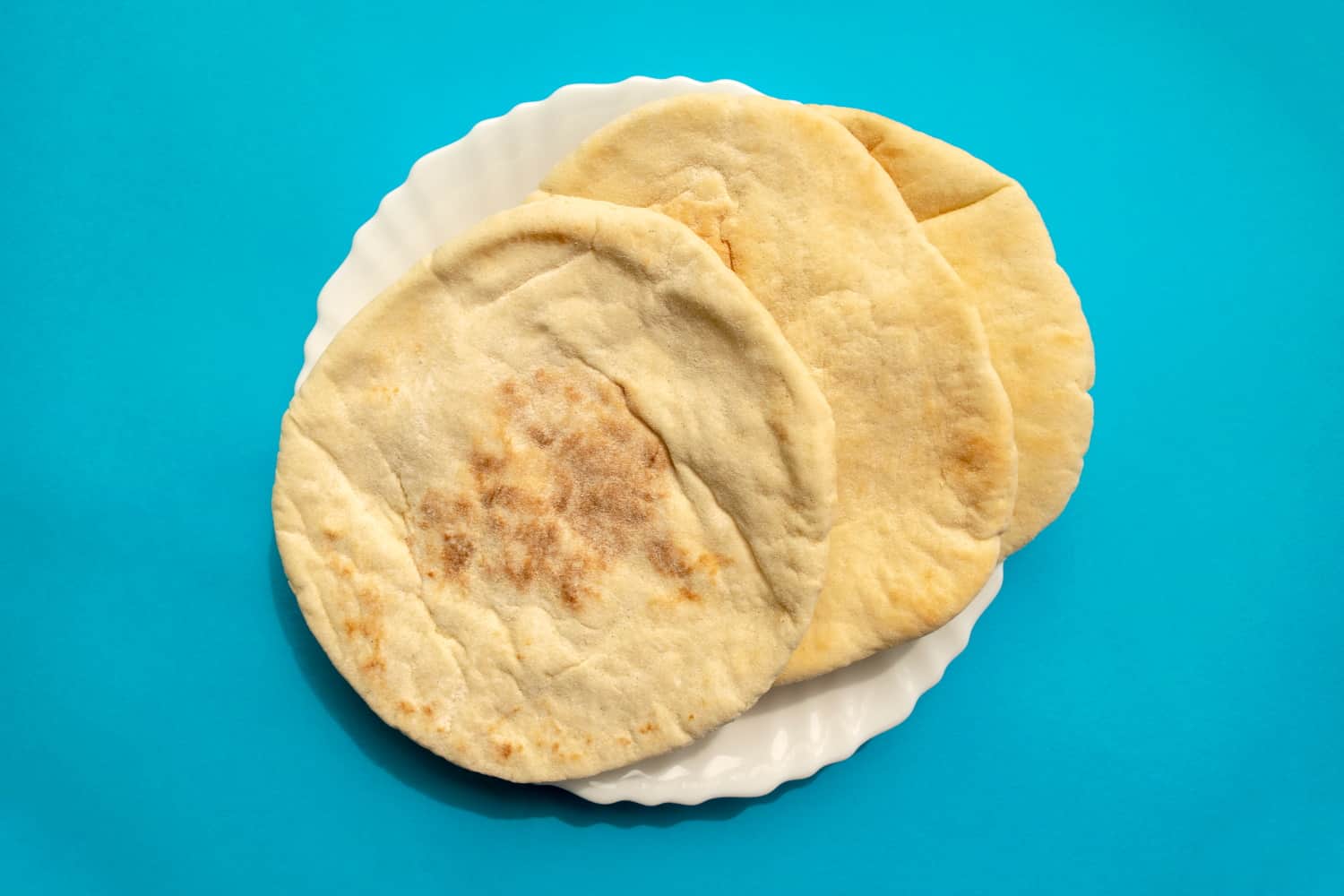 Kisra is one of the most common forms of traditional Chadian cuisine you’re likely to encounter. It takes the form of a large, thin pancake-like fermented flatbread usually made from sorghum flour.

When eaten as a flatbread, kisra is also known as kisra rhaheefa, which distinguishes it from a type of savoury porridge made from the bread called kisra aseeda. This is normally enjoyed beside moulah, a slow-cooked stew of meats and vegetables.

Either way, the kisra is cooked in the same manner. The kisra batter is spread out very thinly on a large flat griddle up to a metre in diameter, where it is sometimes spread out across the griddle with a credit card.

To prevent the kisra from sticking to the hot metal, the griddle is traditionally greased using cow brains, which are rich in fat, although vegetable oil is now just as common.

Cooks have to work quickly, as kisra is so thin it can be ready in as little as a minute when it takes on a filling, tasty flavour a little like wholemeal bread.

La Bouillie can be found on breakfast tables right across Chad. Like kisra aseeda, la bouillie is closest to a porridge. It can be made with either whole grains of wheat, or rice, in which case it takes on similarities to the rice puddings found right around the world.

The similarities to rice pudding continue because la bouillie is made by boiling the rice or grain in milk. The milk’s natural sugars provide sweetness. The dish is thickened through the use of flour, while freshly-prepared peanut butter is also commonly added for flavour.

A filling start to the day, la bouillie is served hot, which helps warm the body after the country’s surprisingly chilly desert nights.

Jarret de boeuf is another traditional Chadian dish that is now known by a French name given to it during France’s 40-year colonisation of Chad from 1920 to 1960.

Translating into English as ‘shin of beef’, jarret de boeuf is a stew containing beef and vegetables most commonly grown in the more fertile south of the country.

The tough beef shin is simmered in water over heat for up to two hours, to ensure it is tender and flaking into pieces that can be separated with a diner’s fingers.

The light sauce that accompanies the dish holds the rich taste of chopped tomatoes, onion, crushed garlic and coriander.

Part of the way through the cooking of the beef, vegetables such as carrots, leeks, or potatoes are added so that they cook through and take on the flavour of the developing sauce.

The resulting meal can be eaten alongside rice or other carbohydrate-based staples such as aiyash, described below.

Aiyash are relatively plain balls of deep-fried millet flour paste best thought of as a dumpling or form of croquette.

While lacking in any real flavour when consumed alone, this changes dramatically when aiyash are dipped into the sauces with which they are normally served.

The exact flavours involved differ from chef to chef and household to household, however a thick peanut sauce is a common dip because the nut is frequently grown in the country and therefore easy to come by.

Other dipping sauces served with aiyash include saka saka, a sauce of crushed or very finely chopped spinach and okra which is emulsified using vegetable oils.

Okra also makes its way into daraba, which is a stew of vegetables that has the additional flavour of peanuts. Ground peanuts are added into the liquid while the stew is being cooked for this purpose.

When it comes to the vegetables used in daraba, they vary widely, with ingredients largely dependent on seasonal availability and what can be found in the food markets of the south of the country.

However, as well as okra, common ingredients include tomatoes, sweet potato, aubergine (eggplant), and leafy greens such as spinach.

The muted flavour profile of these vegetables is enhanced through the addition of cayenne pepper for spicy heat, and a bouillon cube (generally a local Maggie brand cube) which provides umami moreishness.

Simply meaning ‘bean’, maharagwe is a dish prepared using the red beans or seeds of the French bean plant, although haricot and other beans can also be used.

A popular dish in several countries in and around Chad, it is thought to have developed from the spice trade of the East African coast before making its way inland with traders.

Maharagwe is based around stewing these beans in a coconut milk sauce richly spiced with onion, cardamom, cinnamon, garlic and chilli.

Stews are one of the most common main meals in Chad, and it can seem there is no escaping them. Cooking in this way can lead to even the dullest of ingredients taking on huge amounts of flavour, and allows the women of Chad to get on with other duties while the dinner is being prepared.

Although this dish is simply known as peanut and squash stew, this doesn’t mean it’s any less deserving of your time, and your taste buds will thank you for seeking it out.

It probably doesn’t really need stating that the main ingredients of this stew are peanuts and locally-grown squashes.

This stew is generally served as a vegetarian one, with tomatoes, red peppers, and spinach adding to the taste sensation. On special occasions (such as when welcoming an important guest) chunks of beef or other meats will be added.

All these ingredients are stewed down slowly with coconut milk and spices that include turmeric and ginger, to create a dish that spans all of Chad’s traditional flavours.

If you find yourself desiring some form of meat, look no further than bangaou. Another stew, bangaou comes from the traditions of the Arab north of Chad.

Bite-sized pieces of lamb are first browned in a pan of oil, helping to retain the moisture within the meat so that it doesn’t dry out during the cooking.

At this point water is added to the pot, along with tomatoes and a bouillon cube. Later, sweet potatoes are also placed in the pot. Sometimes peas (in the south) or beans or chickpeas (in the drier north) are also used.

The stew is consumed alongside either couscous or rice.

When it comes to fish, there are no species more important than that known in Francophone Africa as capitaine, and known elsewhere as Nile perch or even giwun ruwa, which means ‘water elephant’ in Hausa.

Native to the waters of Lake Chad, as well as many of the region’s other natural and man-made bodies of water (where capitaine has been introduced to improve food security), this fish is eaten in a variety of different forms.

It’s common to see either whole fish or fillets being dried in the sun on the banks of Lake Chad and smaller waterways, but capitaine is also eaten fresh.

It can be grilled with marinades of oil and chilli on an open barbeque, and also deep-fried whole once gutted, giving it a crisp outer exterior but soft moist flesh inside.