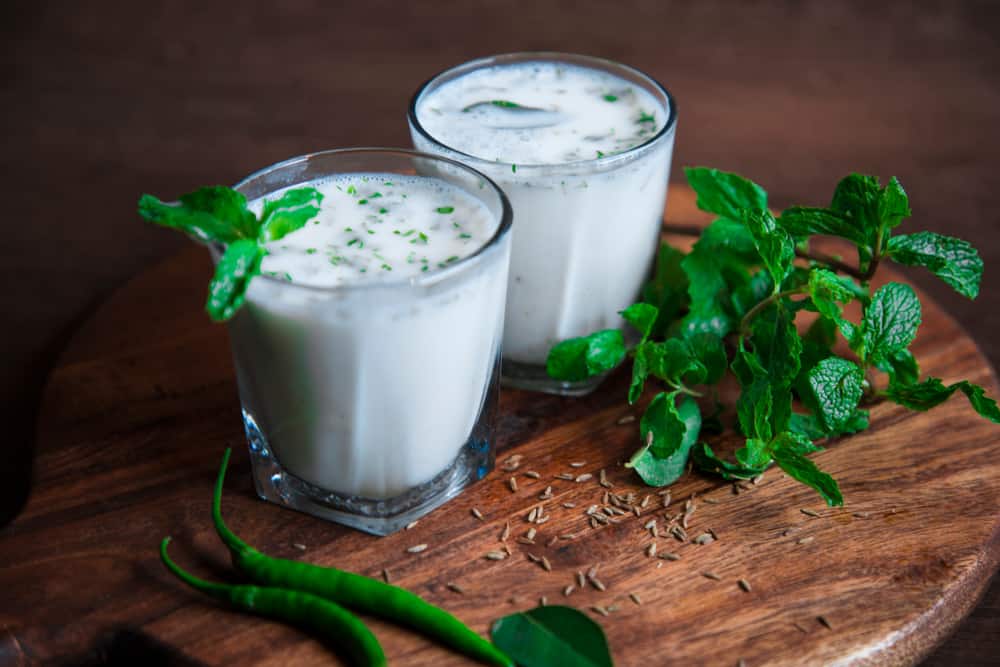 There are two buttermilk variants.

Traditional buttermilk is formed from the liquid left behind after churning butter out of cultured cream. It was traditionally a drink.

Today it is more often sold as a thick liquid that adds flavoring and thickening agents to milk. Rather than drunk as a liquid, it is usually used in baking nowadays.

It produces carbon dioxide when combined with baking soda, which helps mixtures like breads and scones to rise.

This article will cover what buttermilk tastes like and common questions related to its taste.

Buttermilk has a sour and tangy taste. Original buttermilk is even sourer than the more popular cultured version.

Furthermore, buttermilk does not taste like milk at all. The taste is so different that people question whether it even qualified as a dairy product.

However, this is an undeniable fact, especially when you consider its health benefits. Nutritionally, buttermilk is healthier than most dairy products.

Despite its benefits, even buttermilk advocates will tell you, “buttermilk is an acquired taste.”

The dairy product is smoother than yoghurt but just as thick. In fact, some people mistake it for yoghurt.

But it’s easy to tell them apart. Buttermilk is smoother than yoghurt. Unlike yoghurt, it also gives you it’s a slightly bitter aftertaste.

Note that this is a generalisation and different brands may have varying consistencies.

Practice with several brands depending on how you want to take your buttermilk.

For instance, if you’re putting it in a pie, look for something with a heavy consistency. You might want something lighter if you’re consuming it in liquid form.

Although most people expect it to taste as tangy as the cultured milk itself, the pie is quite the opposite.

Something about the typical sour buttermilk blends seamlessly with other baking ingredients. The custard pie emerges from the oven as a golden brown, tender and fluffy pie.

When well-prepared, it has a tender consistency,  a creamy centre and a slightly caramelised top.

People compare buttermilk pie with a crème brûlée. They are both creamy, delicate, and buttery.

In fact, if you love the shiny lid on top of the crème brûlée, you’d love this near representation in the buttermilk pie as well. A buttermilk pie usually forms a cracked top.

To really understand what buttermilk pie tastes like, you will have to try it first. Although it appears unassuming, it is quite unique and luscious.

Buttermilk pie’s filling is velvety with a delicate buttery flavour. If you prepare just right, the pie’s crust makes a delightful contrast.

How Do You Make Buttermilk Taste Better?

Typically most people either avoid buttermilk or only use it as ingredients for other meals. Not many drink the sour-tasting dairy alone.

There are several ways to make buttermilk taste better. You can also infuse it with other ingredients to create unexpectedly rich dishes.

Here are a few ways to make buttermilk taste better:

You shouldn’t mistake buttermilk for heavy cream because they are different. The processes of making both, as well as their tastes, are different.

Heavy cream is produced when fat solids are separated from the liquid in unhomogenised milk.

Buttermilk can be made one of two ways.

Tradition buttermilk comes from churned butter which comes from fermented cream. Cultured buttermilk, on the other hand, consists of low-fat milk with Lactococcus lactis or Lactobacillus bulgaricus added in.

Unlike buttermilk, heavy cream has a faintly sweet flavour sometimes. Heavy cream is rich in fat content. This is what makes it different from other creams.

Buttermilk, on the other hand, is sour and tangy. It also has just a little over 2 grams of fat.

Furthermore, heavy cream is called heavy whipping cream because it can be used to make ice cream, or act as a whipping ingredient in soups, sauces, or baking.

Buttermilk acts as a leavening agent or a marinade.

Heavy cream cannot act as a leavening agent because it is not acidic. However, it has up to 40% fat content, and is perfect for making baked items fluffier.

Buttermilk is thick and looks sort of like eggnog, only paler. It contains no butter and is made just like yoghurt.

Can You Drink Buttermilk By Itself?

Yes, you can drink buttermilk by itself.

Several people recommend downing buttermilk as a cold glass. But most people are still sceptical about trying it.

Raw buttermilk is sour with a slightly bitter aftertaste, but it is possible to enjoy taking it alone, as a drink.

Season your buttermilk with ginger, salt, and green chillies. If you do not have chillies, find some other dried peppers.

Buttermilk is actually quite filling when you take it alone as a dairy drink. It can be even more filling than a bowl of yoghurt.

Spice up your buttermilk drink with herbs to give is a more vibrant flavour profile. Squirt date syrup in your glass of buttermilk to sweeten it.

You can also add smooshed raspberries to give it a thicker texture.

Buttermilk is produced from non-fat milk that is obtained when you add fermenting bacteria to it.

Regular milk is obtained from the mammary glands of animals. It is usually processed and churned after getting it.

Buttermilk is only gotten when the fat has been removed from the milk to make butter.

Regular milk contains calcium, vitamin C, and proteins depending on what animal it’s gotten from.

Buttermilk contains lower calories and fat content than regular milk. It is also rich in potassium, calcium and vitamin 12.

What is Buttermilk Used For?

You can use buttermilk as an ingredient in many meals. They especially taste good in baked goods.

Use buttermilk as a refreshing dairy drink. It can serve as a rich substitute for regular milk if you are looking to spice up your diet.

You can use your leftover buttermilk to make soups, biscuits, brownies, homemade hamburger buns, and coffee cake.

Apart from the famous buttermilk pie, use the dairy to make icebox pie. For this recipe, you will combine buttermilk with sweetened condensed milk.

You can also use your buttermilk to make ranch dressing and smoothies.

Is Buttermilk Supposed to Taste Sour?

If your buttermilk has begun to taste more sour than creamy, it might have gone bad.

While buttermilk has a slightly sour taste, it shouldn’t be the dominant flavour you encounter. Buttermilk should be creamy and buttery, not sour all through.

You can also tell if your buttermilk is bad when it has a lumpy texture accompanied by a sour smell. It could also have slight discolouration.

Can You Freeze Buttermilk?

Yes, you can freeze buttermilk.

Before you freeze your buttermilk, be sure it’s not bad yet. Check the quality even if the expiration date is still ahead of you.

Sometimes, dairy products are contaminated or mishandled. This can speed up its decaying process.

Once you are sure it is still good, freeze it in its original container. You can also pour it into another container. Only make sure the container has enough space for when it expands after freezing.

Try to freeze your buttermilk in pre-measured quantities. That way, you don’t have to keep defrosting and refreezing your entire supply.

Finally, label the containers with the dates you froze your buttermilk supply. You can keep track and use your supply up before it goes bad.

How Long Does Buttermilk Last?

Buttermilk has a shelf life of two weeks in the refrigerator and up to three months when frozen.

After three months, dispose of that supply as it most likely had gone bad or lost its nutritional value.

Buttermilk is a rich dairy product made from non-fat milk. It is delicious when used as ingredients in the right recipes.

It also can be a great drink on its own.

Simply try out several recipes to see how you like your buttermilk best!