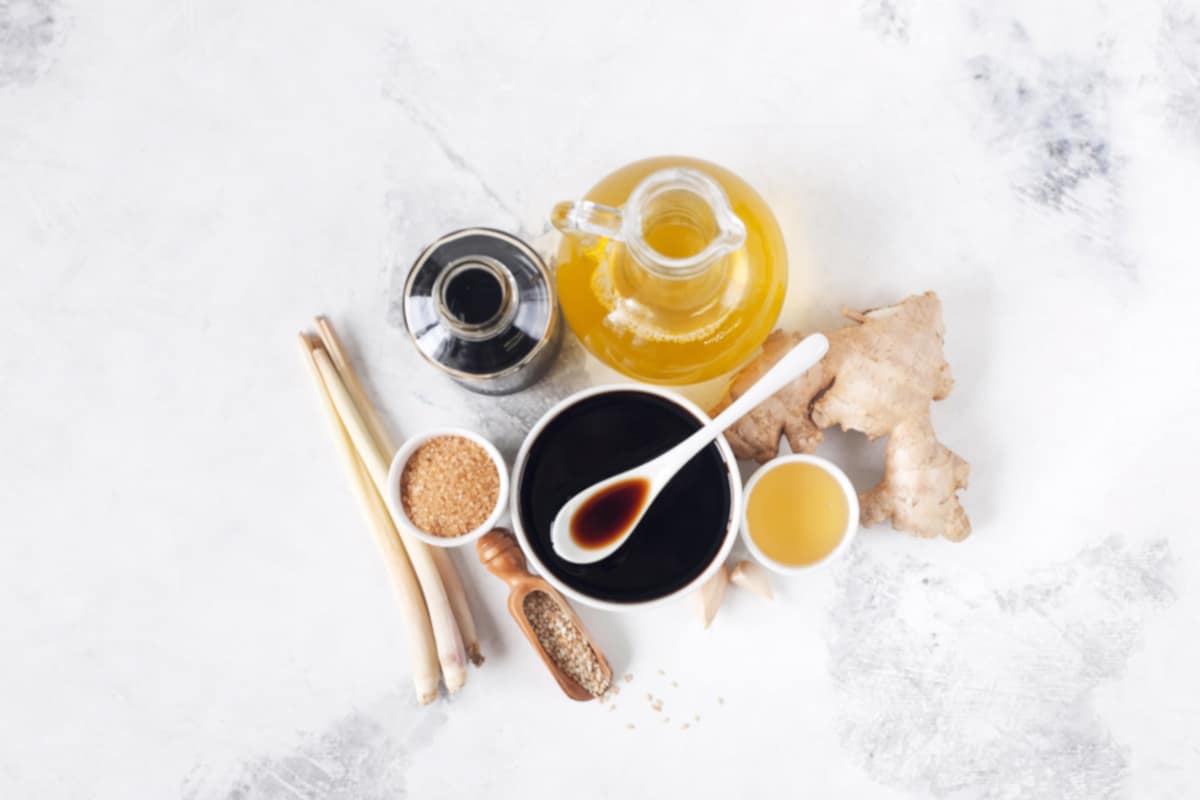 The original meaning of teriyaki refers to a grilling or cooking technique rather than a sauce.

However, the sweet and salty flavor of teriyaki sauce that most westerners are familiar with makes a very popular sauce today. A good teriyaki sauce will bring out a new dimension of flavor in your dishes.

This article will review all the different teriyaki sauce brands available on the market and what to consider when buying teriyaki sauce.

Salty and sweet are the two dominant flavors of teriyaki sauce and, as with most things in life, balance is key.

Some sauces will go too far off in one direction. While some people may be fans of such an approach, the teriyaki sauce you should look for will ideally have a good balance between the salty and sweet flavors.

Once the right balance is established, your next step should be to find a sauce that matches your desired intensity of flavor.

We’ve already mentioned that western teriyaki sauce is quite different from what the Japanese would consider “teriyaki glaze”. The main differences between the two stiles will be the ingredients and the thickness/texture.

The Japanese style sauce will be much closer to a glaze in terms of thickness and the list of ingredients is usually much simpler than in an American style teriyaki sauce.

American style teriyaki sauce is a wider term that encompasses many different sweet and salty sauces based on soy sauce. The thickness may vary from extremely runny to extremely thick.

Many different ingredients can be added for flavor, which means that the taste between the two sauces can be very different.

The taste of a Japanese style sauce will be very different than that of an American one. The difference will be so large that one can’t be used as a good substitute for the other in some cases.

We’ve briefly touched on this subject in the previous paragraphs but it would be a good idea to go over what kind of texture you should ideally look for.

Again, personal preference will be a factor so think of this as more of a suggestion if you are new to the world of teriyaki sauce.

Since teriyaki sauce started as a glaze, you should go for a consistency that is runny enough to spread but not runny to the point where it runs like water.

Are you looking for a huge supply of great teriyaki sauce?

If so, congratulations, you’ve found exactly what you’re looking for because a single pack contains six 17-ounce bottles. Mr. Yoshida’s teriyaki sauce is made according to an old family recipe of Mr. Yoshida who came to the US as an immigrant at the age of 19.

The best possible use for Mr. Yoshida’s sauce is as a marinade. Many buyers have reported great results when marinating ribs and it also pairs well with any other sauce you might want to use for your marinade.

There are no preservatives or MGS in this sauce which is good news for those of you looking to avoid those substances. It is a quality product and there is a lot of it. Teriyaki sauce lovers could ask for nothing more.

Fans of Panda Express should quite familiar with this one. After all, this teriyaki sauce contains all the spices and flavors found in Panda Express’ famous Mandarin Chicken. If you’re looking to recapture that taste at home, you’re at the right place.

You have quite a lot of flexibility when it comes to order quantity since you can order anywhere between one and six 20.5-ounce bottles. The sauce contains no added high-fructose corn syrup and no added MSG except for that naturally occurring in soy sauce.

Yeast extract, and hydrolyzed soy protein have been added for flavor. It goes well with chicken, steak, or pork.

One note regarding the flavor is that it isn’t too sweet, so give it a try if you’re looking for a sauce that won’t overwhelm your taste buds.

Kikkoman Teriyaki Marinade & Sauce is a good option for those of you who don’t like their teriyaki sauce to come in large bottles. This sauce comes in 10-ounce bottles and you can choose between one and two bottles per pack.

It’s also a great pick up for those of you who are looking to limit their sodium intake since it contains almost 50% less sodium than a regular teriyaki sauce. It is on the watery side though and you might want to look for another option if you’re a fan of glaze-thickness sauces.

However, if you’re a fan of runny teriyaki sauce, this will make for a great pick up so you should give it a shot.

Kikkoman Teriyaki Glaze is our pick for the best teriyaki sauce brand in the UK. It comes in a single 975 ml bottle, which is quite a lot. It is not as sweet as many other teriyaki sauces which will probably throw some people off but attract others in return.

Modified starch and flavor enhancers are present in the sauce but the taste has been described as absolutely sublime and is a very strong aspect of this product.

Those of you who are looking for an amazing teriyaki sauce in the UK would do yourself a disservice not to try this brand.

Kikkoman Takumi Collection Korean BBQ Teriyaki Sauce, Savory-Sweet Flavor, is our pick for the best teriyaki sauce in Canada. The fact that Kikkoman is appearing on this list for the third time should say a lot about the quality of the brand.

There are no preservatives to be found in this sauce and the glass bottle it comes in will provide sufficient protection from outside influences. The consistency is on part with regular soy sauce so it will definitely not resemble a syrup.

The flavor is very rich and people seem to not be able to get enough of it. If you are in Canada, do yourself a favor and get this sauce, you won’t regret it.