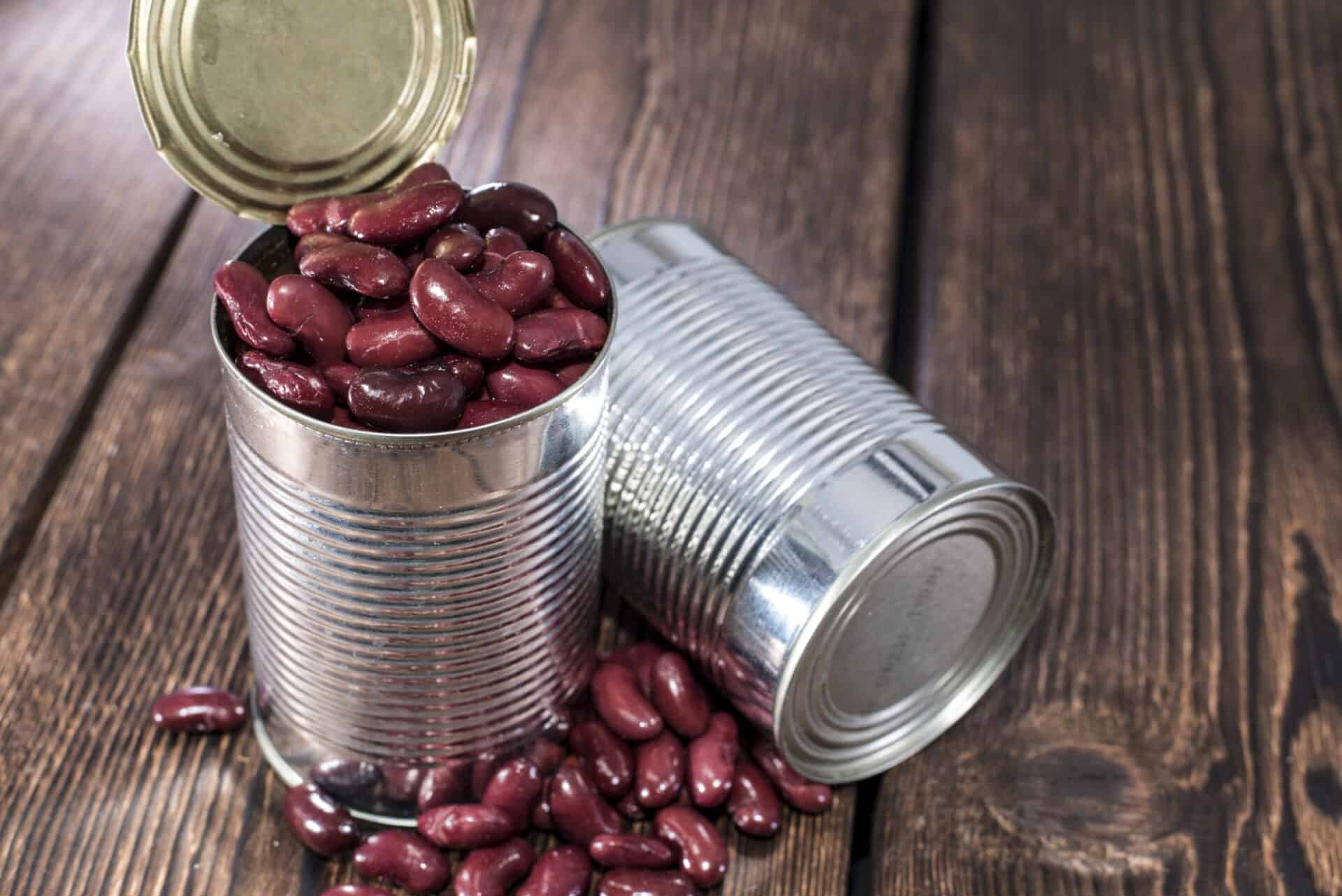 Refried beans are regarded as a healthy side dish in Mexican cuisine and can be combined with almost anything that is considered traditional like tacos, quesadillas, and burritos.

They are usually served as a base for a dip and it is recommended to mash them into a spread or paste, while they also are a vegan favorite when it comes to Mexican food.

Not to get mislead, refried beans are not in fact fried more than once – but their English name is mistranslated from Spanish.

This article will review what to take into consideration when it comes to shopping for refried beans and the different brands available on the market.

Organic refried beans have a USDA organic label which means that the producers and handlers document every process that leads to the final product being produced.

Foods with this label mean that they are organically grown and processed according to federal guidelines. This means that refried beans with this label were produced by natural farming methods, without the use of pesticides and chemical fertilizers.

Non-organic means that these processes were not fully applied during production and handling.

The choice depends on your food preferences and whether or not you prefer to be guaranteed of the process which leads to the product you are buying.

Sodium can be found in many food sources, especially in ready-made foods such as those that are canned. Too much sodium can be a health risk, especially for the heart and kidneys.

If you consider the amount of sodium to be a factor for purchasing refried beans, there are options with low-sodium canned refried beans that, according to customers, don’t lack in the taste department at all.

Sodium is not to be confused with the saltiness of the product, because sodium is only one of the two ingredients in salt.

Refried beans usually mean either pinto beans alone or a combination with pink or black beans.

The difference is in the thickness of the paste and sometimes sodium levels, so if you prefer less sodium and a thicker paste then just the pinto beans option is for you.

If you, however, prefer the taste of a combination of the beans and disregard certain nutritional values, there are many options on the market.

Taco Bell is a well-known Mexican-inspired restaurant chain and it has a total of 325 restaurants and counting. Its refried beans are an important part of their menu, which you can bring and prepare at home.

They recommend it with burritos or nachos, and its buyers agree with them, while buyers also recommend combining them with the Taco Bell sauce for the full taste experience.

They are surely a favorite on the market due to the exposure of the brand and well-recognized taste that Taco Bell products offer.

These refried beans are a combination of pinto beans and pink beans with natural flavor and it comes in a pack of 12 – just heat them up any way you like and you’re good to go.

These refried beans have zero trans and saturated fat but have a regular sodium level compared to those who have a clear mark on their label regarding low sodium.

Another product favorite among buyers is the Rosarita Traditional Refried Beans that, unlike the product mentioned above, does not have an organic label but it doesn’t seem to bother its buyers that much.

In fact, they are regarded to be of fantastic taste and deliver what is promised on the label – delicious and authentic taste for any Mexican-style meal.

Although not specifying which beans are in the ingredients, it can be assumed that it is a combination of pinto beans and black or/and pink beans.

According to customer reviews, this seems like a very tasty combination. The different herbs and spices, as well as vinegar, give it a signature taste that is greatly appreciated by its consumers.

As far as nutrition goes, it is a great source of fiber and has a good amount of protein while its sodium levels are considered average in comparison to the other products on this list.

These refried beans are also comparably higher in saturated fat than its competitors.

Amy’s is a family-owned and family-run business taking pride in all of its products and ingredients being organically grown, without any GMO’s or unnatural pesticides.

Their refried beans are considered to have a specific but again traditional taste with a lot of spices and are a favorite among buyers who look for organic and vegan food.

Their main debate is about whether they are too spicy or not spicy enough – but that’s for you to decide.

Amy’s Organic Refried Beans are made only with organic pinto beans and they are also gluten-free and vegan – meaning no animal products or ingredients are inside. Also, if you have a nut allergy – don’t worry because these refried beans are tree nut-free as well.

Considering all of this above, it is important to note that these refried beans have half the sodium its competitors on this list have, as well as having no saturated or trans fats.

They do however have considerably more calories than its competitors on the market, but also more protein.

Old El Paso is a company that has a tradition that has been continuing for just under 100 years. They produce genuine and authentic Mexican food such as taco shells, tortillas, seasonings, and of course – refried beans.

This product is vegetarian and takes just a few minutes to prepare – either over the stove or in the microwave.

According to buyers, it has a little extra “kick” in the spice department, but the debate is still open, so it is up to you in the end whether you will add some more chilly just to spice things up.

These refried beans are made from pinto beans alone, as well as having tomato paste which is not common in all refried beans recipes.

Apart from that, it has a mix of herbs and spices and is 100% meat-free which includes any additives or other ingredients that are meat-based.

Regarding nutrition, this particular product has the fewest calories of all the refried beans on the list – only 90.

The sodium level is average compared to others, as well as protein. It is also important to note that it does not contain any saturated or trans fats.

Rosarita has taken the old family recipe that is decades old and decided to share it with the world. Their organic refried beans are combined with coconut oil and organic herbs and spices to create a unique flavor that is enjoyed by many satisfied customers. The company guarantees authentic Mexican flavor from their family’s cookbook and is regarded as the number one brand of traditional refried beans.

These refried beans consist of only pinto beans, making the paste thicker than that of refried beans that use a combination of different beans, and as is highlighted – they are organic, just like the rest of the ingredients. They are a favorite for buyers that like organic food and their unique traditional taste.

Considering nutrition value and content, these fried beans have slightly fewercalories than the others on this list but have a regular sodium level as well as saturated fat. They also have much more spices added than most refried beans and contain vinegar which adds to the specific flavor.